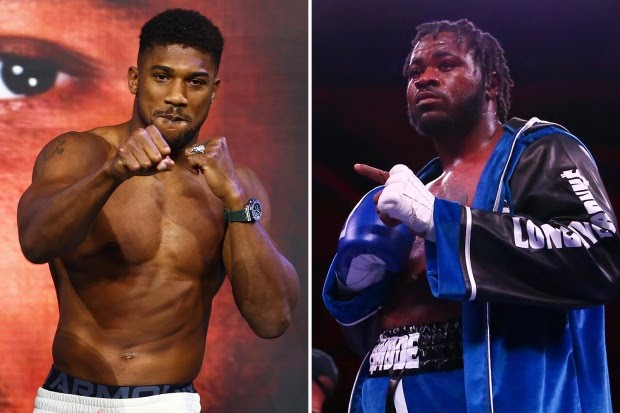 British boxer, Anthony Joshua has reportedly agreed on a deal to face American heavyweight Jermaine Franklin at the O2 Arena on 1 April, 2023, in a huge make-or-break comeback fight.

Joshua has not fought since his second-successive defeat to Oleksandr Usyk in August 2022, having lost his WBA, WBO, and IBF belts to the Ukrainian in September 2021.

But the two-time world heavyweight champion, 33, will face Franklin in a must-win fight as he looks to work his way back to the top of the heavyweight division.

According to Mail Online, Joshua and Franklin have agreed on the financials for the fight and will sign the final paperwork later on Monday afternoon.

The defeat was AJ’s third as a professional following his knockout loss to Andy Ruiz Jr in 2019 and schooling by Usyk in 2021.

The 2012 Olympic gold medalist was then linked with a December clash against long-time British rival Tyson Fury.

But when talks broke down, it quickly became apparent Joshua would not return to the ring until 2023.

Now The Mail are claiming the paperwork for an AJ-Franklin clash is set to be signed on Monday afternoon.