Allegri To Remain As Juventus Manager Despite 15-point Deduction, Suspension of Board Members 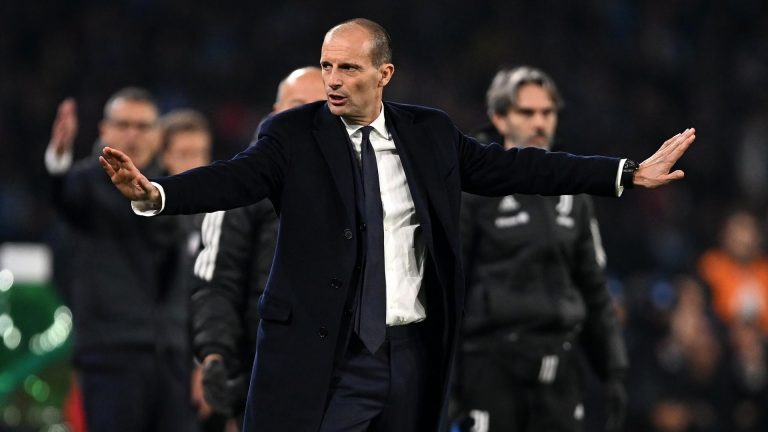 Juventus manager Massimiliano Allegri has underlined that he will remain at the helm despite the club being docked 15 points for false accounting.

The news broke on Friday that the Italian Football Federation deducted 15 points from Juventus’ accumulated points this season on the Serie A table.

The five offences the club is currently facing aside from the 15 points reduction.

The Biaconeri lied to financial officials in an attempt to save money by inflating players’ transfer values, saving the club millions in player salaries and transfer budgets.

Prosecutors took issue with a number of irregularities stemming from player transactions, including the now infamous player swap with Barcelona that sent Arthur to Juventus and Miralem Pjanic to Barcelona. In total, 62 transfers were inspected, of which 42 involved Juventus.

The club was also in the spotlight for claiming to have saved €90 million (£78m/$97m) in player salaries back in 2020, helping the club’s value stay steady on the stock market.

The Juventus board, including president Andrea Agnelli and vice-president Pavel Nedved, resigned from their posts in November after authorities raised suspicions of a number of financial violations, including wage reductions during the COVID-19 pandemic and unusual transfer deals in which player values were inflated.

After Juve’s entire board resigned in late November, the recent charges have seen other members penalised, both past and present.

Current Tottenham director Fabio Paratici was one such party, handed a 30-month suspension on Friday.

Although, Bianconeri have confirmed that they will be appealing the decision.

The ruling saw the club drop as low as 10th in Serie A after their significant points deduction.

“In difficult times you have to be good, men, in taking responsibility. When things are going well, we are all good. I’m unable to analyze the severity of -15 in the table.

“The only thing certain is that one: we must accept yesterday’s ruling. I repeat: the club, with the lawyers, have already made the official statement. We have to be silent, very low profile, and do this challenge starting from 22 points.

“We have to do our duty: the final judgment will come in 2 months. And we must not find ourselves in 2 months with regrets because we did not do as much as we should have done.

“All situations should be turned into an opportunity. This is an opportunity to have a season to the fullest, then we’ll see how it goes. When the ruling came, I did the calculation of the points it would take to get the UEFA Champions League. The average is there and to get there you need something extraordinary.”