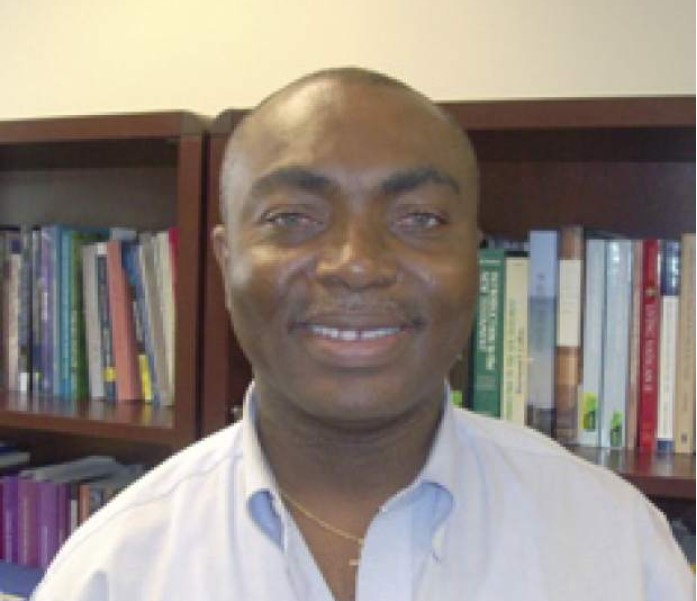 The Nigerians in Diaspora Commission has urged authorities in the United States to investigate the cause of death of a Nigerian Professor, Marinus Iwuchukwu, who was found dead in Pittsburg Pennsylvania.

Allegheny County Police had received a distress call requesting they check on the well-being of the professor, who was later found dead in his house with a woman, Charce Dunn.

The incident reportedly occurred on Tuesday, January 18, 2023, as the duo’s bodies were found along Thorncrest Drive, Wilkins Township around 10 am after an alleged “domestic disturbance.”

The Allegheny County Police explained that it received a report to check on the well-being of a couple inside their home.

However, an attempt by a third party to reach the male resident proved abortive as it turned out that the man had been stabbed, while a woman remained inside the same residence with a firearm, the police added.

When the SWAT team eventually gained access to the home, they found a 59-year-old man and a 50-year-old woman dead, reported Pittsburgh’s Action News 4.

The duo appeared to have sustained lacerations, and the woman sustained what police described as an apparent self-inflicted gunshot wound.

The police said investigations into the incident have commenced and the case is being treated as a suspected murder-suicide.

Reacting to the death, Duquesne Catholic University, where Iwuchukwu worked as an associate professor of theology until his death, commiserated with the family and friends of the late lecturer.

The statement issued by the university’s spokesman, Gabriel Welsch, said: “This is a tragedy for all involved and our thoughts and prayers are with Professor Iwuchukwu’s colleagues, students, friends, and loved ones.”

Meanwhile, the Public Relations Officer of the commission, Abdur-Rahman Balogun, said the US authorities would have to investigate the incident and notify the Nigerian embassy.

He said: “We have an embassy in the US that will take care of such. If it is criminal in nature, US authorities will carry out investigation. If the police suspect foul play, we encourage them to do the needful, to investigate. They will want to know the cause of the death and why it happened like that. They will also notify our embassy, the embassy will also notify us. That is the procedure.”