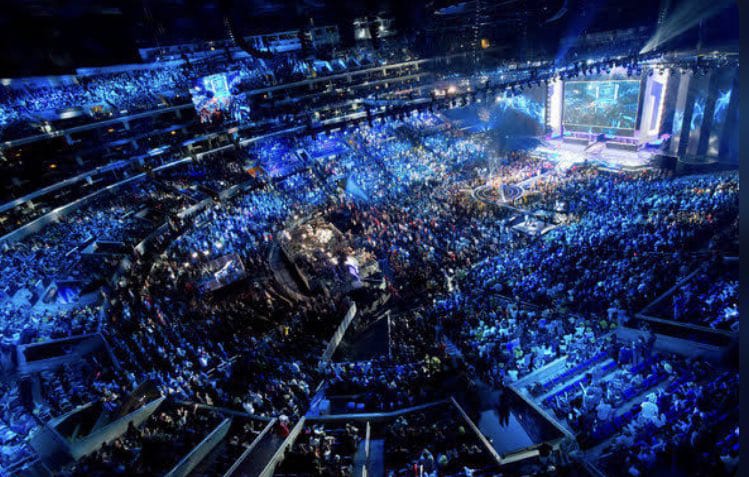 IBADAN, Nigeria (VOICE OF NAIJA) – Some fans of Nigerian Afrobeats singer, Ayodeji Ibrahim Balogun also known as Wizkid, have expressed their outrage at him over his absence at a concert in Accra, the capital of Ghana.

The concert was set to hold at the Accra Sports Stadium on Saturday, 10 December, 2022.

About 40,000 fans were expected at the Accra Stadium – the event venue – most of whom showed up.

The show was also supposed to be the singer’s first performance of his new album, ‘More Love Less Ego’ in Africa.

Wizkid was expected to perform a two-hour, non-stop performance of some of his repertoire.

However, he failed to show up to the event due to unknown reasons.

Nearly 24 hours after the botched event, Ghanaians have taken to their Twitter handles to lash out at the singer for the hours wasted waiting for him.

A tweep, Big Joe, said: “Oh oboy weezy you’ve ‘hushpappied’ my people. You tweeted about the place making them feel you’d be there and did them saman (ghost) Nah, we won’t accept any explanations unless you first buy this set for all the people who attended the concert.”

According to @DessyFayden, an OAP with Metro TV, Ghana, the botched show will go down as the worst-ever music concert in the country.

“Big Wiz no show up, the whole thing scatter. Mic, sound, light. Instead of Wizkid, we had DJ Tunez and Pocolee,” he wrote.

A Nigerian music lover, @nnekachile, posted a clip of disappointed fans leaving the concert venue at 4:03 a.m. after 12 hours of waiting for Wizkid.

“I feel so bad. I feel sad it’s happening in another country and happening in Ghana. A country you reside in. This is the peak of one’s Hubris.

“About 5000 people stood waiting for an artist, and he decided not to show up. The authorities should intervene. He should be banned, and the organisers should be sanctioned. It’s rather distasteful,” she wrote.

Another fan of the platinum-selling artiste, @Donwyite1, however, opined that the concert was detrimental to Wizkid’s career.

According to him, Wizkid Live in Accra was a big disaster for technical and logistic reasons.

He wrote: “The show organisers wanted to kill Wizkid’s Career and brand. ‘Wizkid Live in Accra’ was a big disaster. The mic was bad, the system was so bad, and the Stadium was Empty because people couldn’t get their tickets verified, and you expect Wizkid to show up? Naaa.”

“You know what? That is IT. I’ve given you chance after chance, but it seems you’re not gonna make better music. You’ve just lost your favourite supporter from the 305. I’ve just deleted you from my MP3, Spotify, Soundcloud, Audiomack and cassette tapes. Hope this makes you happy,” a tweep, WaleedFCB said.

A Ghanaian journalist, Olele Salvador, gave his opinion of why the live concert was a bust.

In a series of tweets, he described the concert as an overly ambitious attempt to do what hasn’t been done yet in the history of events in this country.

He noted that the fiasco couldn’t be entirely blamed on the organizers as some subcontractors let them down, including those handling ticketing.

“Per the mode of securing a ticket, one was to receive an email with a barcode and unique ID number after payment. Not all did. And even for those who did, they had a lot of issues with knowing where they belonged,” Salvador tweeted.

He further noted that loads of VIPs and Golden Circle ticket holders were mixed up.

“Others ended up at the platinum end and enjoyed benefits ahead of those who paid for that experience. I’m talking about people who had paid thousands of dollars not getting a table or even a seat,” he wrote.

He also cited other issues like fans being made to pay for services that already came with their tickets, delays in confirmation emails and fans having to prove that they had paid as issues that marred the concert.

Although none of his arguments justifies Wizkid’s absence, he said that the stage and set design didn’t live up to the expectations.

This is not the first time Starboy will leave his fans disappointed.

Last December, in Abuja, Nigeria’s capital city, after showing up more than five hours behind schedule, Wizkid abruptly stopped a show he was performing at because, according to him, the sound was terrible.

The same thing happened last year in December at Wizkid’s concert in Abuja; he was also billed to perform around 11 p.m. but then showed up around 3 am; even when he got on stage, he just performed less than ten songs and next, he said he’s leaving because the sound was bad and he left.