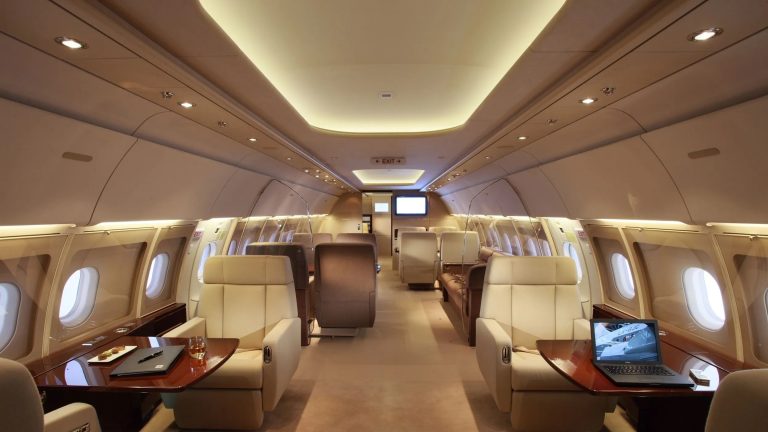 No fewer than 17 private jet owners have gone to court to stop the Federal Government from implementing the order given to Nigeria Customs Service (NCS) over their alleged refusal to pay over N30billion tax.

The owners of the foreign-registered private jets, dragged the Federal Government to court seeking to prevent the government from grounding their planes for allegedly refusing to pay import duty on the jets.

The Federal Government had last November approved the decision of the NCS to ground 91 private jets belonging to some wealthy Nigerians over their alleged refusal to pay the import duties running to over 30billion naira.

As such, following a presidential approval, the NCS in a letter directed the Nigerian Civil Aviation Authority, the Federal Airports Authority of Nigeria, and the Nigerian Airspace Management Agency to ground the affected private jets with immediate effect.

But owing to issues bothering on inter-agency rivalry and disagreements, the relevant government agencies could not ground the private jets.

However, in the past few months, Customs has been making underground moves to perfect the process of grounding private jets whose owners failed to pay the import duty, according to multiple sources on Tuesday.

Also, further findings by The Punch correspondents over the weekend revealed that at least 17 private jet owners had gone to court to stop the Federal Government from implementing the order.

According to the court papers seen by The Punch, the jet owners are seeking a judicial review as to whether it is lawful for them to pay the controversial import duty on their private jets or not.

The jet owners had sued the government using the foreign shell companies and trustees through which the foreign-registered jets were purchased.

Experts believe they often prefer to register the jets in foreign countries like the United States, United Kingdom, and Isle of Man, among others, to preserve the value of the aircraft in the event they want to sell it, as well as pay cheaper insurance premiums.

The latest findings showed that the jet owners had approached the Federal High Court Abuja seeking the court to determine, among other things, if they were liable to pay import duty.

The suit, with number FHC/ABJ/CS/1565/2021, is described as the matter of an application for judicial review by foreign registered aircraft against the Nigeria Customs Service and Nigeria Civil Aviation Authority.

According to the court document, the 17 applicants, which are mostly foreign companies of the Nigerian jet owners are: Aircraft Trust and Financing Corp Trustee, UAML Corp, Bank of Utah Trustee, Masterjet AVIACAO Executive SA, and Cloud Services Limited.

The NCAA and Customs were listed as respondents.

In a written address in support of the first respondents objector notice of preliminary objection, the court paper read in part: “The brief facts of this case are that the first respondents, having discovered that some operators of aircraft imported them under the guise of Temporary Importation Permit, were permanently imported into Nigeria and given TIP status to evade payment of lawful customs.”

A hearing date is yet to be fixed for the suit, according to preliminary findings.

However, there are strong indications that the NCS is making frantic efforts to get the private jet owners to pay the import duty.

Multiple sources confirmed on Tuesday that the NCS was not giving up on the decision to collect the revenue on behalf of the Federal Government, having obtained a presidential approval on the matter.

It was gathered that the agency might take a major decision on the matter very soon. It was further learnt that the Customs is in possession of government documents indicating that the private jet owners are by law required to pay import duty.

However, the spokesperson for NCAA, Mr. Sam Adurogboye, said he was yet to be briefed but noted that, “If a case is filed against an individual or organisation, what is to be done is to put up appearance and defend oneself.”

The NCS had in March last year embarked on a review of import duties paid on private jets brought into the country since 2006.

Following the alleged discovery that several private jet owners, under the guise of Temporary Import Permit, had failed to pay the statutory import duty to the coffers of the government, the CG of Customs, Hameed Ali, set up a verification panel to review all TIPs and the relevant aircraft import documents of all private jets in the country.

At the end of the 60-day exercise, 57 private jets, which had licences for commercial charter operations, were cleared and issued with Aircraft Operators Certificate by the Customs.

However, 29 private jets, whose owners came for the verification, were found to be liable to pay the import duty.

The Customs also compiled a list of another 62 private jets whose owners failed to appear for the verification exercise but were found liable for import duty payment.

However, other private jet owners seeking to pay their import duty were given a 14-day ultimatum to clear the debts.

It is unclear the number of the jet owners that later paid the duty.

However, a list of 91 private jets whose owners had failed to present themselves for the import duty payment were presented to the NCAA, FAAN, and NAMA for the immediate grounding of their operations.

Some owners of the 91 jets reportedly wrote protest letters to the NCS, arguing why they could not pay the import duty because the jets were under lease payments.

The Customs, in its response to the letters, queried the rationale for bringing in the planes and allegedly fraudulently exporting them under questionable documentation processes in the past 10 years.

Unconfirmed officials had said the Ministry of Aviation directed the NCAA, FAAN and NAMA to suspend the grounding of the flight operations of the affected private jets.

Speaking on the development on Tuesday, the President, Association of Private Aircraft Owners Association, Mr. Alex Nwuba, there is a need for the government to become transparent in the process of registering private jets.

He also said it might be difficult for the government to collect tax on private jets that are not fully imported into the country.

“The dilemma is if you register your private jet in Nigeria (5N), it is seen that it now have a lower value. The problem is that there is no transparency in our aircraft registration process.

Nwuba, a pilot and former managing director of Associated Airlines, said the cost of duty might be one of the factors discouraging some private jet owners.

He said: “Of course, you are made to put up a bond when you are bringing in an aircraft on a temporary basis.

“However, while we are looking for revenue, it is not everywhere we can get it.

Some of the 91 private jets meant to be grounded belong to the senior pastors of some popular Pentecostal churches in the country, some Tier-1 banks with one of the banks owning two upmarket jets, the CEOs of some indigenous oil companies, and the chairmen of some Tier-1 banks.