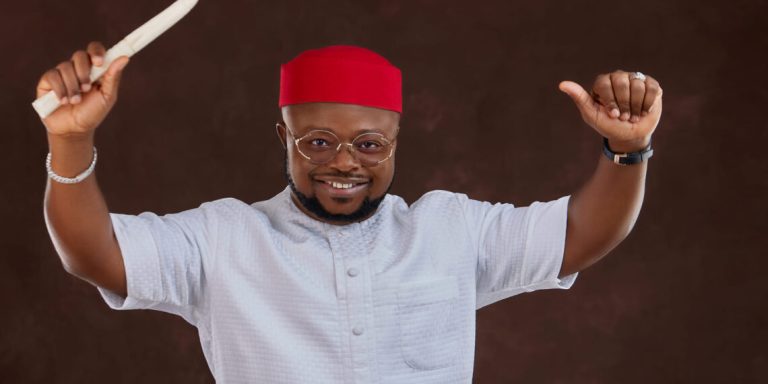 ENUGU, Nigeria (VOICE OF NAIJA)- Dr. Ifeanyi Chukwuma Odii, the gubernatorial candidate of the Peoples Democratic Party (PDP), Ebonyi State, says his administration would deploy the use of technology, instead of the South-East Security outfit code-named Ebubeagu, in the fight against crimes in the State.

Recently, the Ebubeagu security outfit had been accused of causing harm and pain to the citizens of the State, through their various operations in the State.

He said that no amount of intimidation by the ruling All Progressives Congress (APC), will hinder Ebonyi people from casting their votes for the PDP in the 2023 general election.

“No matter the amount of intimidation will stop Ebonyi people from voting PDP in 2023 general election. Ebonyi is PDP and PDP is Ebonyi State. I will deploy technology instead of Ebubeagu in the fight against crimes and criminality,” Odii said.

Odii who stated this during the 25 years Anniversary celebration/ Dedication of Emmanuel Church Azuiyiokwu of the Diocese of Abakaliki (Anglican Communion) in the State.

The governorship hopeful urged the voters to focus on the antecedents of every candidate, rather than their campaign promises.

The PDP governorship candidate also expressed dissatisfaction over the poverty state of most Ebonyi people, saying that one of the key objectives of his government, if he wins the 2023 governorship election, would be to harness the rich natural endowment of the State for the betterment of Ebonyi people.

“As a Governor, our children will be in school and their parents will not know that their children are in school. I’m in the House of God and this is not where you make empty promises. The pedigree or antecedent of the person that wants to be Governor matters a lot. Vote for somebody who has the fear of God,” he added.

In his message, His Lordship, Rt. Rev. Monday Nkwoagu, Bishop, Diocese of Abakaliki, admonished Christians to live a life that pleases God always.