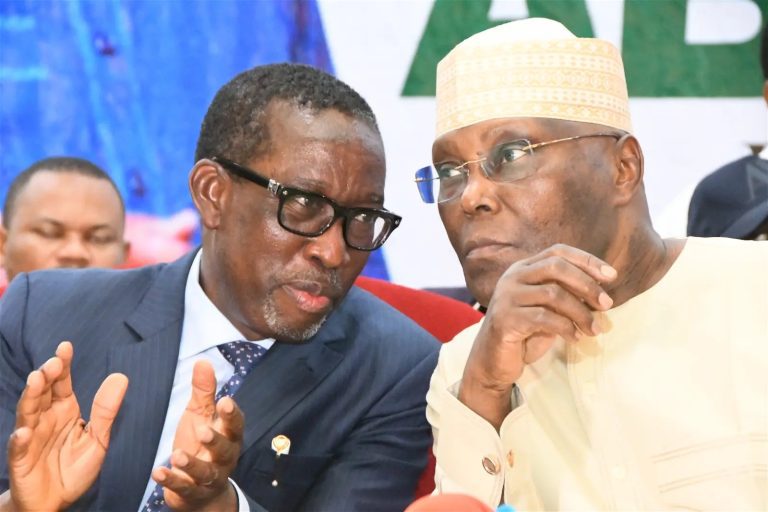 Okowa, the PDP vice presidential candidate commended Atiku for his commitment to the unity and progress of Nigeria through his economic and political activities.

In a statement by his spokesperson Olisa Ifeajika, Okowa said Atiku’s determination to rescue the country from maladministration was inspiring.

Governor Okowa commended the former vice president for defending and promoting democracy in Nigeria over the years.

Okowa described the PDP presidential candidate as a detribalised citizen and unifier, whose benevolence had positively affected many lives, transcending tribes, religion, genders and social status.

The statement further noted that the celebrant’s investments in education, agriculture, media, hospitality, water and oil and gas have continued to add to our nation’s Gross Domestic Product (GDP).

“You have made outstanding contributions to the socio-economic and political growth of Nigeria and we will continue to be inspired by your patriotism and love for this great country,” he said.

Okowa added also that as a large-hearted philanthropist and statesman, Atiku bestrode the political landscape like a colossus by commanding mass followership

He beseeched God to strengthen the Atiku-Okowa presidential mission as it seeks to transform Nigeria and re-engineer its economy.