2023: Tinubu To Negotiate With Nnamdi Kanu, Other South-East Agitators 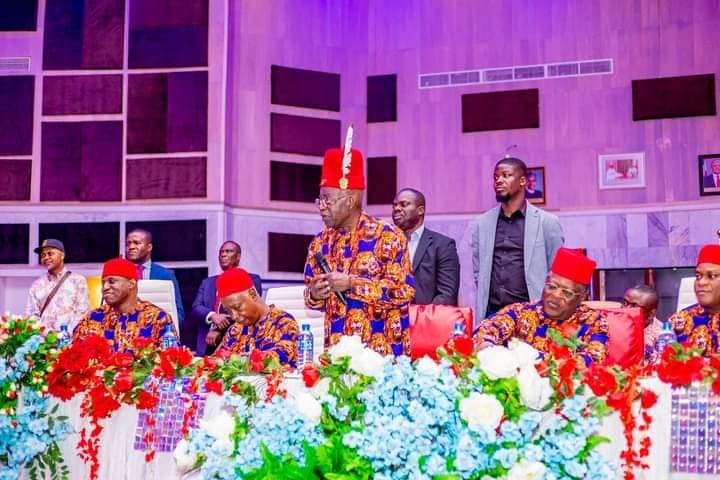 ENUGU, Nigeria (VOICE OF NAIJA)- The All Progressives Congress (APC), presidential candidate, Bola Tinubu, has pledged to negotiate with all agitators in the South-East.

The promise is coming amid Biafra agitation led by Mazi Nnamdi Kanu, leader of the Indigenous People of Biafra (IPOB).

The former Lagos State Governor said the negotiation with all agitators would ensure peace in the South-East if elected president in 2023.

Tinubu made the pledge during Thursday’s APC presidential and governorship campaign rally in Ebonyi State.

The Jagaban of Borgu Kingdom insisted that negotiation was the best way for people to get their demands and complaints rather than resorting to violence.

The APC presidential candidate also promised to invest in education if elected president.

“Education is the greatest weapon against poverty. We are going to get our children’s education. We will reform the education sector.

“We want peace l, we will talk to all agitators. You can’t get your wishes by conflict but by sitting round the table to complain,” he said.

The IPOB leader has been at the forefront of agitating for the actualization of Biafra, despite being locked up.

Vote PDP At All Levels Except Presidency; We’ll Decide Who You Will Vote For – Wike To Rivers Residents