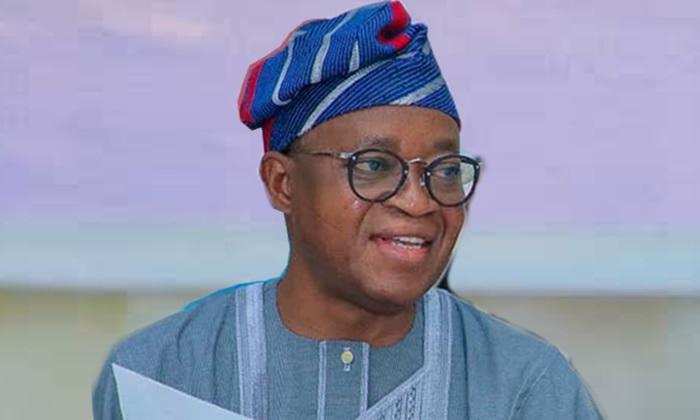 Reacting to the development, the Governor-elect Ademola Adeleke threatened to sack any director in the civil service who accepts appointment as Permanent Secretary by the outgoing governor.

But in a spontaneous reaction, Adeleke said any Coordinating Director, who accepted the appointment would exit the service from 28 November, a day after he would have been sworn in as Governor.

Adeleke’s spokesman Olawale Rasheed said taking such an appointment at “this last minute’’ indicated the readiness of those directors to exit the state service.

“We want to put it on record that those who accept the appointments should be ready to leave the service whether or not their service tenure has reached statutory age.

“The occupants will be treated as political appointees who will automatically follow the outgoing governor out of public service from Nov. 28.

“At the same time, those who still want to remain in the service of Osun State government should decline the “Greek gift’’ from the outgoing governor.

“We affirm that no waiver will be entertained in sacking from office any kangaroo permanent secretary,” Adeleke said.

Adeleke, who was declared winner of the 16 July governorship election in the state by INEC, will be sworn-in on Sunday.

Nigerians have reacted to the report on Twitter, with many tweeps criticizing Gboyega Oyetola over the appointment.

A tweep, @BryanLagos said: “Your tenure ends on Sunday November 27th? Appointments that Adeleke might reverse in less than a week. Why are Nigerian politicians like this? Disgusting!”

@JoyUkaha dubbed the move “disgusting” as she tweeted: “Very disgusting. It’s to create fake payrolls and siphone money. Or to please their cronies.”

“A parting gift from an outgoing Governor, right? It is to be hoped that the incoming Governor will not demote them when he assumes office, and send them down the rung as Directors,” @Chukwumaoliver weighed in.

@AdelakunNatty wrote: “And you think the in-coming governor will not sack them and appoint his own team? Or he doesn’t have the power to do such? We learn every day” while @AdewoleofGod1 on his part said: “When he has 3 days left in office?? My man will just change everything in few days
Cos new wine can’t work with old bags.”

@xygort said: “Civil Servant’s appointments are actually not under the whims and caprices of governors. There’s nothing Gov. Adeleke can do about these appointments. It’s quite a dicey situation. If he terminates their appointments, they could sue and would possibly win.”

Bolaji Adesina who is unhappy with the development wrote: “This is why the country makes 3 steps forward and 4 steps backward. Nonsense like this shouldn’t be allowed anywhere, shows he didn’t have good intention for the people he governed.