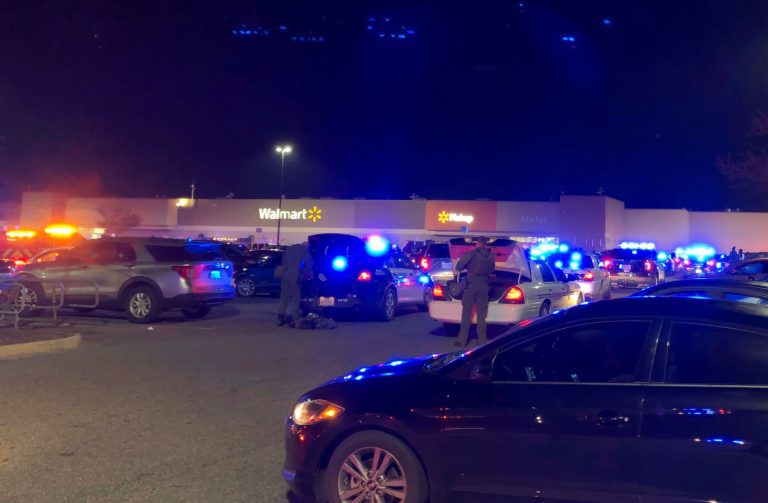 Seven people have been shot dead on Tuesday night at a Walmart in Chesapeake, Virginia, Daily Mail reports.

The incident is the second high-profile mass shooting in the United States in three days.

According to witnesses at the scene, one of the managers entered the break room and started shooting at people inside the Sam’s Circle Walmart, located just off Battlefield Boulevard, at around 10.10pm on Tuesday night.

The number of people deceased or injured was not revealed by the police, but it was however announced that the shooter is dead.

“We believe it’s a single shooter, and that shooter is deceased at this time,” Leo Kosinski, a spokesman with the Chesapeake Police Department, said in a brief news conference.

“The shooting at the Walmart Supercenter was reported to police shortly after 10 p.m.” Kosinski said.

“Police believe the shooting happened inside the Walmart. One person was found deceased outside the store,” he added.

Sentara Norfolk General Hospital was treating five victims, a spokesperson for the health care system said, but their conditions were not released.

U.S. Sen. Mark Warner, D-Va., tweeted: “Sickened by reports of yet another mass shooting, this time at a Walmart in Chesapeake. I’ll be monitoring developments closely.”

“A reunification site was set up at the Chesapeake Conference Center for immediate family members or emergency contacts,” the city said.

“It’s sad. We’re a couple days before the Thanksgiving holiday,” Kosinski said, adding, “It’s just a bad time all around, just for everybody involved — especially the victims. This is horrible.”

Kosinski said he hoped that Police would be able to release the number of deceased Wednesday.

Walmart said that its thoughts were with everyone affected, and that it was fully cooperating with law enforcement and supporting its employees.

“We are shocked at this tragic event at our Chesapeake, Virginia store,” a company spokesperson said in a statement. “We’re praying for those impacted, the community and our associates.”

In a shooting over the weekend, five people were killed at an L.G.B.T.Q. club in Colorado Springs, Colo.

“Earlier this month in Charlottesville, Va., three members of the University of Virginia football team were killed by a former football player, who opened fire in a garage,” the authorities said.

Photos and videos from the scene of the Walmart shooting showed officers huddling around the entrance of the building, with numerous police vehicles parked in the large lot of the store. A large inflatable Santa Claus stood outside the store.

Mr. Kosinski said that officers were searching for more victims inside the Walmart shortly after midnight on Wednesday.

He noted that the large store “had a lot of hiding spots” for shoppers who had possibly sought cover during the shooting.

“People could get scared, they could be hiding,” Mr. Kosinski said. “We want to make sure that everyone is accounted for.”