Qatar 2022: Japan Come From Behind To Beat Germany 2-1 In Enthralling First Round Match 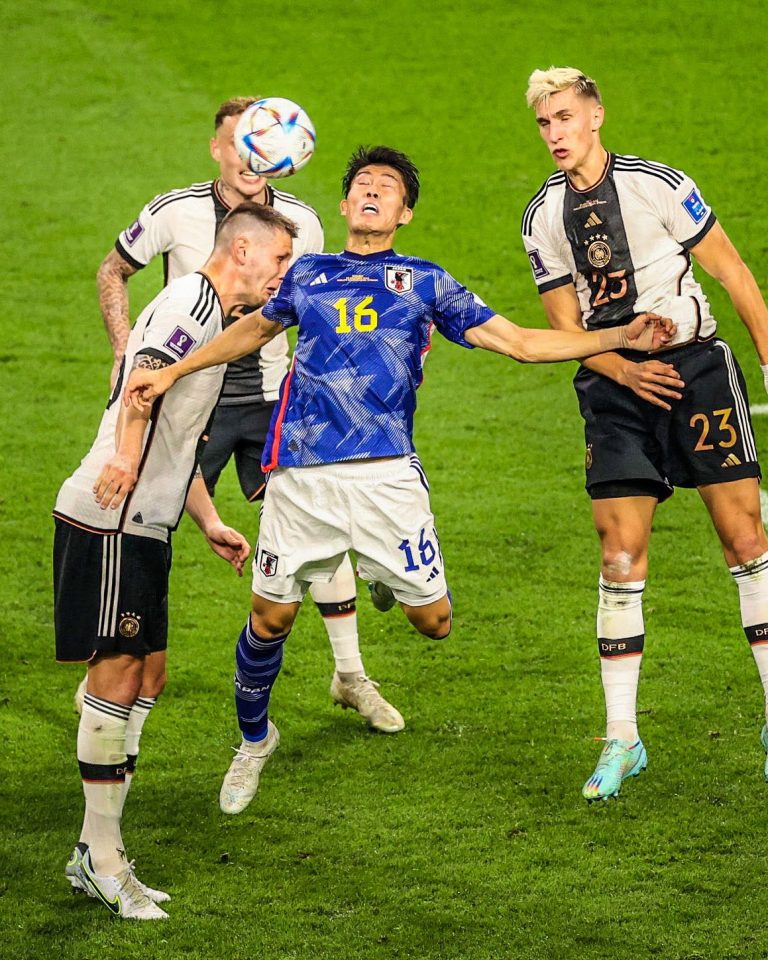 Japan came from a goal down to win 2-1 against Germany, one of the Qatar 2022 World Cup favourites, in an exciting match on Wednesday afternoon.

Ilkay Gundogan had put the Germans ahead via a penalty in the first half, and the 2014 winner could have been up by two or more goals if not for wasted chances.

The Japanese side resumed the second half a much better team as Coach Moriyasu made a tactical substitution. He replaced Nagatomo with Tomiyasu at the start of the second half, and that decision was key to the Asian country’s victory over the European powerhouse.

Well-taken second half goals by Ritsu Doan and Takuma Asano – eight minutes apart – towards the end of regulation time ensured that Germany, who were already flat footed, were well beaten by the rampaging Japanese.

The whistle at full time showed what the win meant to the players, as they were all seen jubilating and celebrating on the pitch.