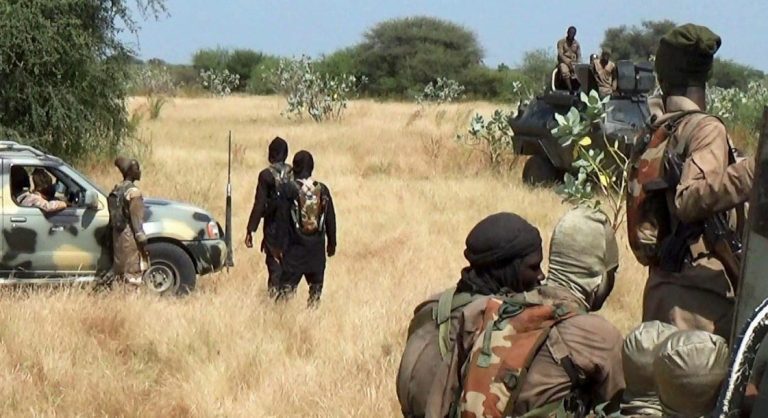 The fighters from the Islamic State-backed faction of Boko Haram were also said to have burnt several vehicles during the attack.

According to ISWAP in a post sighted on social media, over 30 soldiers were killed during the attack on the military facilities last Saturday, Sahara Reporters confirmed.

It added that two operational vehicles were burnt while another one was seized.

The terror group said its fighters invaded a camp located outside the town, using various weapons, killing at least 20 soldiers and injuring about 30 others.

ISWAP further stated that the attack continued on Saturday evening as its men attacked a second camp in Mallam Fatori, killing about 10 soldiers.

The terrorists group further mocked other soldiers for allegedly fleeing the military camps.

“The first camp, outside the town, was attacked with different types of weapon, killing at least 20 and injuring around 30 others, burning 2 vehicles, taking three weapons/ammunition.

“The second camp inside the town was then stormed, killing at least 10 and injuring others, burning one vehicle, and taking many weapons and ammunition.”

Since the death of JAS leader, Abubakar Shekau, ISWAP has been consolidating its grip in locations around Lake Chad.

The sect’s membership has swollen with the defection of hundreds of Boko Haram fighters under Shekau.

Also, the terror group has caused over 100,000 deaths and displaced millions of individuals mainly in Adamawa, Borno, and Yobe states.

Meanwhile, the Nigerian Army has repeatedly claimed that the insurgency has been largely defeated.