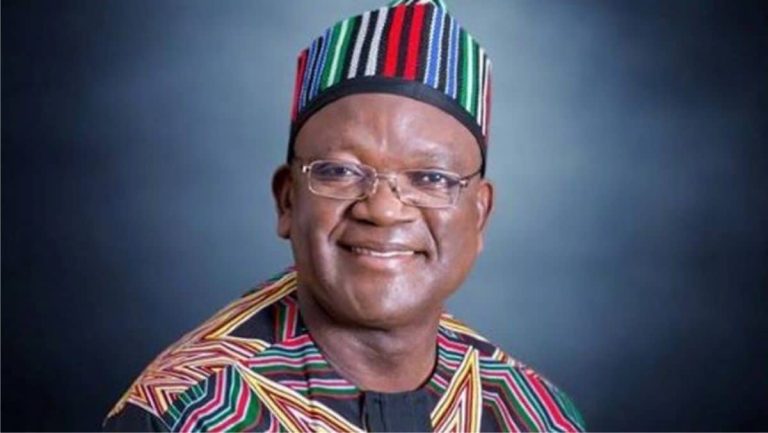 ENUGU, Nigeria (VOICE OF NAIJA)- Governor Samuel Ortom of Benue has called on the Independent National Electoral Commission (INEC) to make adequate provisions for the over two million Internally Displaced Persons (IDPs) in the state ahead of 2023 general elections.

He made the call at a roundtable discussion, tagged; “Contemporary Security Challenges and their Effects on 2023 General Elections”, organized by the Platinum Post Newspaper on Tuesday in Abuja.

The Governor, represented by Prof. Magdalene Dura, his Special Adviser on Millenium Development Goals, said INEC should create polling units at IDPs’ camps and also engage its members as ad-hoc staff during elections.

This, he said, would ensure credibility of the elections at such centres while giving them a sense of belonging.

He also stressed the need for the Federal Government to ensure more security at the country’s borders, saying that the porous nature at the various borders had led to the infiltration of criminal elements into the country.

The Benue Governor alleged that Permanent Voters Cards (PVCs) are already in wrong hands ahead of the 2023 general elections, saying there is the need for INEC to raise its game.

“There is need for government and INEC to ensure credibility of the electoral process,” he said.

He also expressed concern over the fate of over two million IDPs in his state whom, he said, had been rendered homeless as a result of insurgency.

Ortom appealed to the Federal Government to come to the assistance of IDPs in Benue as it is doing to other IDPs in other parts of the country.

“There is lack of equity and justice in Nigeria. INEC needs to have comprehensive data on the IDPs so that they can create polling units for IDPs,” he said.

He added that since the possibility of IDPs returning to their homes to vote before the elections is slim, INEC must open discussions with them to know what they need.

The News Agency of Nigeria (NAN) reports that the roundtable highlighted the need for government to sensitize the public on the power of voting, and the need to eschew violent conduct, before, during, and after the polls through effective media campaigns.

The event was attended by representatives of the Comptroller General of the Nigeria Security and Civil Defense Corps (NSCDC), Nigeria Union of Journalists (NUJ), Civil Society Organizations and the International Republican Institute (IRI) among others.