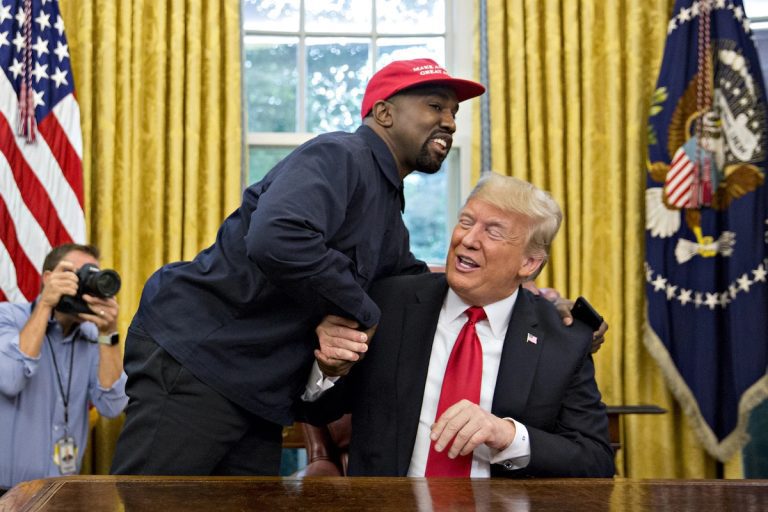 Controversial American rapper and fashion entrepreneur Kanye West, also known as Ye, has revealed that he asked the former president of the United States, Donald Trump, to be his running mate in the 2024 US presidential election.

This comes after the rapper announced his intention to run for the 2024 presidential election following an unsuccessful bid in 2020.

On his Twitter page on Wednesday, the 45-year-old rapper revealed that he visited Trump at the latter’s Florida private club, Mar-a-Lago.

West stated that he kept Trump waiting, as he went further to hint at the subject of their discussion.

Running a Twitter poll, West asked his fans to guess what Trump response was when he asked the latter to become his running mate come 2024.

The rapper tweeted: “First time at Mar-a-Lago. Rain and traffic.

“I can’t believe I kept President Trump waiting and I had on jeans. Yikes!

“What do you guys think his response was when I asked him to be my running mate in 2024?”

This is coming a week after Trump also announced his presidential bid for 2024.

Trump had officially launched a campaign for his 2024 bid, filing papers with the Federal Election Commission in which he declared himself a candidate for the presidency and established a new campaign committee.