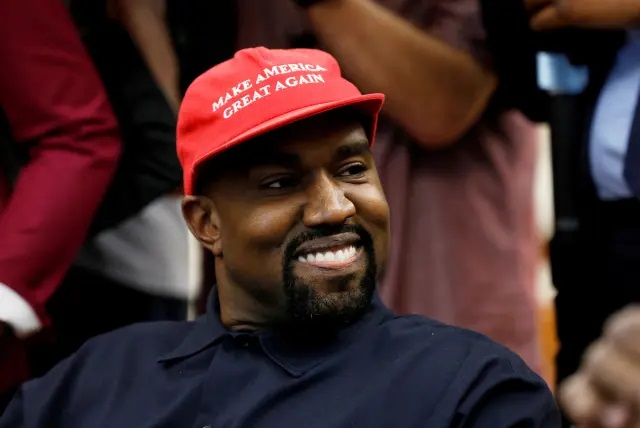 Former employees of Kanye West’s “Yeezy”, have written an open letter, claiming the American rapper and fashion entrepreneur, “bullies and intimidates to get whatever he wants”.

They also claimed Adidas higher-ups knew of the harassment, but “turned their moral compass off”, noting the “disturbingly” sexualized atmosphere around women in the office.

On Tuesday night, several former high-ranking employees for Yeezy sent the scathing letter to the executive board members and newly installed CEO of Adidas, urging them to address “the toxic and chaotic environment that Kanye West created” and “a very sick pattern of predacious behavior toward women”.

West reportedly told one female employee, “I want you to make me a shoe I can fuck.”

Adidas representatives — including a vice president involved in the apparel giant’s billion-dollar licensing partnership with West’s influential brand — did not confront West about his alleged remark, the two attendees claim

She reportedly took a leave of absence before moving to a different job within Adidas.

Former Yeezy and Adidas employees, however, point to the alleged incident as one of many experiences — over the course of a decade — in which, they say, West used intimidation tactics with the staff of his fashion empire that were provocative, frequently sexualized, and often directed toward women.

During a job interview in Chicago, West reportedly took out his phone to show an “explicit” photo of Kardashian.

“To the same person, he can go say things like, ‘You fat slut,’ and then this person will still have to be forced to stay because that’s how they make money.”

“There was no accountability,” says a person at the Qinyuan meeting. “Difficult moments happened, with executives in the room — VP level or higher — and nothing would be done. You’d still show up to work the next day.”

The letter, a copy of which was obtained exclusively by Rolling Stone, continues: “He has, in years past, exploded at women in the room with offensive remarks, and would resort to sexually disturbing references when providing design feedback. This type of response from a brand partner is one that Adidas employees should never be subjected to, nor should Adidas leadership ever tolerate.”

Privately, multiple former Yeezy and Adidas staffers regret accepting what they agreed was an unwritten rule from Adidas management, “Kanye is just Kanye”.

But the writers of the letter — titled “The Truth About Yeezy: A Call to Action for Adidas Leadership” — accuse the company of lacking “responsibility, accountability, and protection that Adidas failed to provide their employees throughout what we experienced as years of verbal abuse, vulgar tirades, and bullying attacks.”