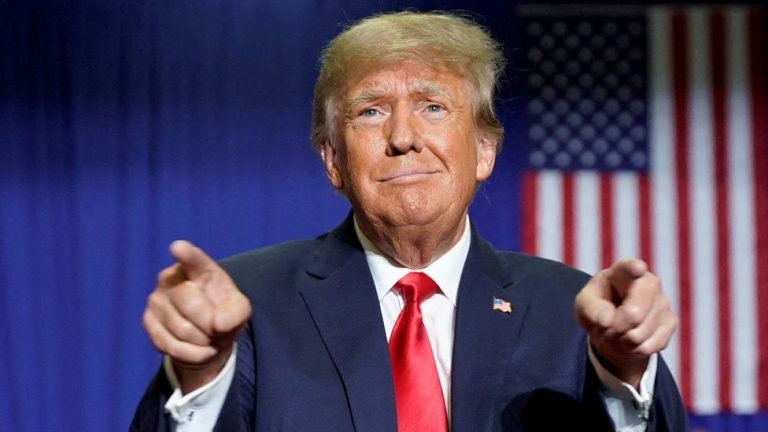 IBADAN, Nigeria (VOICE OF NAIJA) – Twitter’s new CEO, Elon Musk is set to lift the ban on Donald Trump’s account after running a poll in which users narrowly backed the move.

“The people have spoken,” Musk tweeted, saying that 51.8% of more than 15 million Twitter users voted for the ban to be lifted.

But the former US president may not return to the platform, earlier saying: “I don’t see any reason for it.”

Hundreds of rioters entered the complex as the US Congress attempted to certify Joe Biden’s victory in the presidential election. The ensuing violence led to the deaths of four civilians and a police officer.

Earlier this week, the Republican announced that he would once again run for the US presidency in 2024.

He immediately embarked on a series of radical changes within the social media giant, amid concerns that he might loosen Twitter’s regulations on hate speech and misinformation.

With just over a week before the US midterm elections on 8 November, he responded to questions about whether he would reinstate Mr. Trump’s account by tweeting: “If I had a dollar for every time someone asked me if Trump is coming back on this platform, Twitter would be minting money!”

The development is coming days after the former President announced that he will seek the Republican presidential nomination in 2024.

During his term at the White House, Mr. Trump used Twitter as a key messaging platform to engage with several controversial tweets.

Currently, Trump is the target of multiple investigations into his conduct before, during and after his first term as President.

These include allegations of fraud by his family business, his role in last year’s attack on the US Capitol, his attempt to overturn the 2020 elections, and the stashing of classified documents at his residence at Mar-a-Lago.