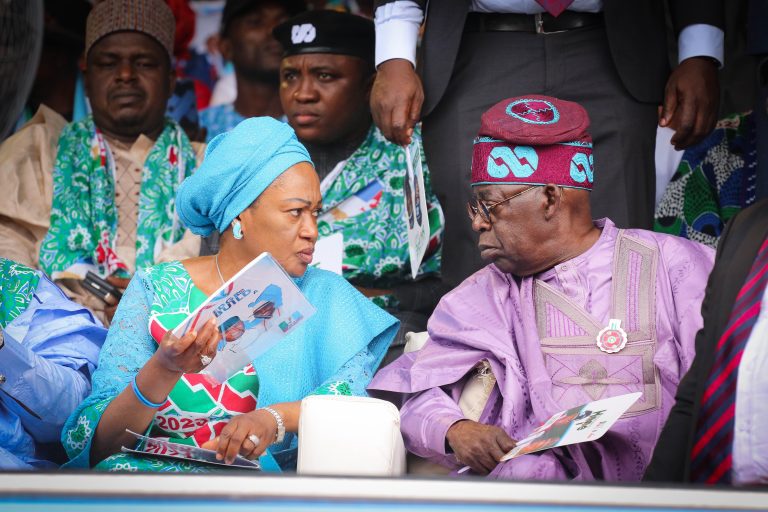 WARRI, Nigeria (VOICE OF NAIJA) – The campaign train of the All Progressives Congress (APC) touched down in Warri, Delta State on Saturday, 19 November, and the images from the event caught our attention.

First off, the mammoth crowd that greeted Asiwaju Bola Tinubu, the APC Presidential Candidate and Kashim Shettima, his running mate, was mind boggling.

While many may argue that the crowd was either rented or paid for, what our eagle-eyed cameraman captured was not dissimilar to the crowd that greets a major event at the 02 Arena or the likes, or even the Wembley Stadium in England.

The APC supporters in Delta turned the heat on and ensured that the Warri Township Stadium was filled to its capacity. But that was not the most fascinating part of the event.

We sighted Senator Oluremi Tinubu, wife of the APC Candidate, in a world of her own, and (seemingly) like one who was preparing to replace Hajiya Aisha Buhari as Nigeria’s First Lady.

Not only was she eloquent during the campaign, you could feel the assertion of authority in the way she conducted herself while standing beside her amiable husband.

But is she Nigeria’s incoming First Lady? Time will tell, and Nigerians will decide.

Check out these photos and tell us if you agree with us on our thoughts about the former First Lady of Lagos State: