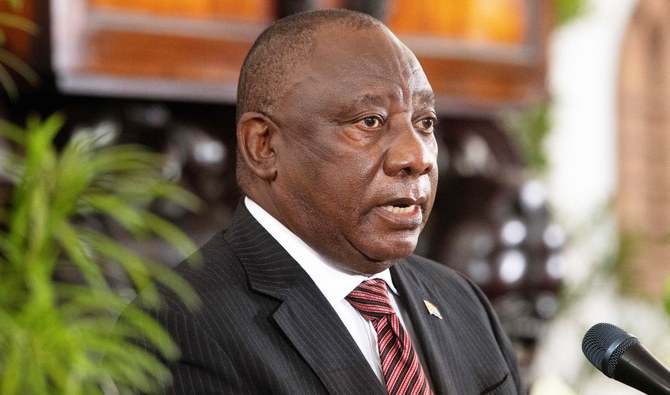 South African President Cyril Ramaphosa, “will gladly step aside” if he were to be charged for allegedly covering up a farm heist, according to his spokesman Vincent Magwenya.

This comes after the country’s parliament on Thursday, said it would discuss next month the findings of a special panel tasked with establishing whether the president should face impeachment for allegedly covering up a crime.

A three-person team was appointed in September to determine whether Ramaphosa has a case to answer, and had been scheduled to submit its findings on Thursday.

But parliament on Wednesday said the investigators had requested more time due to the “complexity” and “novelty” of the case, as well as the amount of work involved.

The report will now be turned in on 30 November, and lawmakers will examine it on a one-day sitting on 6 December, the assembly said.

The date is just 10 days before Ramaphosa faces an election for leadership of the ruling African National Congress (ANC) party.

“The deadline for the panel to submit its report has been postponed to November 30th so it has been decided that the National Assembly will consider the report on December 6,” parliamentary spokesman Moloto Mothapo spokesman told AFP.

Parliament was due to start its year-end recess on 1 December, but this will now be delayed in order to address the matter.

The scandal erupted in June after South Africa’s former national spy boss filed a complaint with the police, alleging that in 2020 Ramaphosa had concealed a multi-million-dollar cash theft at his farm in the northeast of the country.

The controversy risks derailing Ramaphosa’s bid for a second term as ANC president, a post that as head of the ruling party also enshrines him as president of the nation.

The hotly-contested polls will take place at a conference running from 16 December to 20 December. The election typically takes place on the opening day.

The independent panel, which was appointed by the National Assembly speaker last month, comprises an ex-chief justice, a former prominent high court judge and a lawyer.

Impeaching a president — removing him or her from office — requires a two-thirds majority vote in the National Assembly, where the ANC commands more than two-thirds of the seats.

Ramaphosa came to power in 2018 on a promise of tackling graft. He succeeded Jacob Zuma, who was forced to resign by the ANC on the back of a string of corruption scandals.

The president, who denies any wrongdoing, reportedly faced questioning from party rivals and calls to step down at a closed-doors meeting on Sunday.