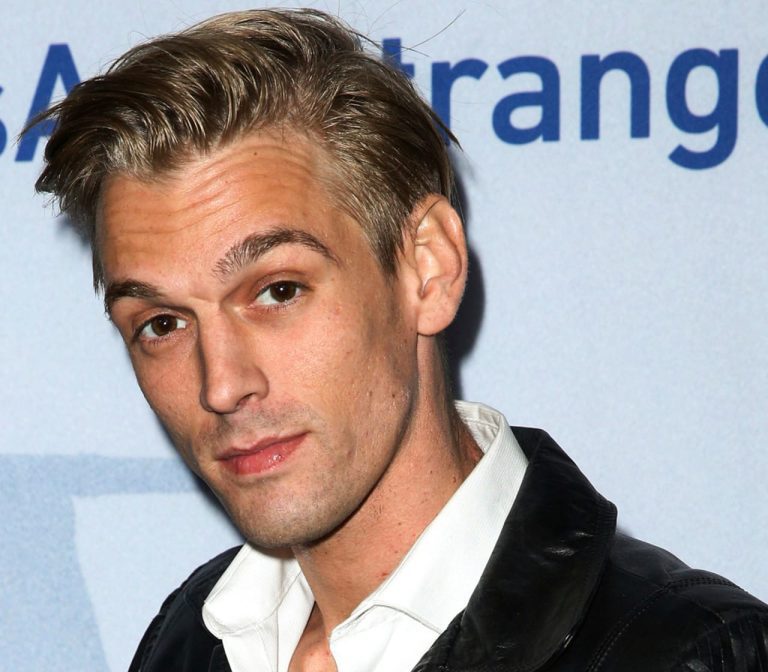 Aaron Carter, a former child pop singer and younger brother of Backstreet Boys’ Nick Carter, has died at the age of 34.

TMZ said Carter was found dead in his bath at his home in Lancaster, California, on Saturday morning.

Representatives of his team confirmed his death, PA reported.

“Right now it’s a really bad time, we’re trying to figure out what happened and what the cause of it was,” they said.

“We’re just as upset as everyone and hope that fans can give thoughts and prayers to his family.”

TMZ also reported Los Angeles County police arrived at the scene at around 11:00 local time (18:00 GMT) after receiving a report of drowning.

Aaron Carter’s neighbors said they heard someone screaming, ‘he’s dead, he’s dead’ when a staff member found the former star unresponsive in a bathtub at his California home.

One neighbor, a local photojournalist, Tony Cheval
told The U.S. Sun that he heard on his police scanner the call come in that there was an unresponsive male in the bathtub.

His wife, a nurse, rushed over with her AED [automated external defibrillator] with her and banged on the door, he said.

“A woman answered the door and was screaming ‘he’s dead, he’s dead but wouldn’t let us in because she already called the cops,” he said.

His fiancée, Melanie Martin, who was spotted outside his house breaking down in tears, asked for privacy as the family grieves.

Carter started his career opening for the boy band Backstreet Boys on a number of tours and concerts, and also had a successful solo career.

During the late 90s and early noughties he sold millions of copies of his four albums, the first of which was when he was only nine years old.

His second album, “Aaron’s Party (Come Get It)”, was released in 2000 and went triple platinum.

As he grew older, Carter transitioned into rap, and also appeared in Broadway musicals and on the US TV show Dancing With The Stars.

He faced a number of struggles, checking in to rehab several times and filing a bankruptcy petition in 2013 over millions of dollars of debt, much of it tax-related.

He also had several run-ins with authorities over drugs possession and reckless driving.

Earlier this year he told the Daily Mail he wanted no longer to be seen as a “train wreck”.

“I am not how some people try to paint me,” he told the outlet. “If somebody wants to call me a train wreck, well I’ve been a train that’s been wrecked multiple times and derailed by many different things.”

Carter had been suffering from mental problems for many years, and a video he live streamed on Tuesday, November 1, has caused consternation because in it he is seen in a bad state, speaking incoherently.

In the last video posted by Carter, four days before his death, he could be seen wearing a hoodie and white cap, and saying what seems to be the lyrics of a song or simply a strange message.

The video started with him sending greetings and wishing his fans a happy Halloween, as well as greetings apparently to his mom.

Carter as shown in the video was aboard the RV. He was pulled over by Los Angeles cops, allegedly for DUI, and was later released after he was found clean.

In an interview with Entertainment Tonight in 2019, he revealed that he had been diagnosed with multiple mental health issues, as well as a DUI arrest.

Weeks later, his brother Nick, obtained a restraining order against him. Just last September, he checked into rehab for the fifth time in hopes of regaining custody of his then 10-month-old son, Prince.

“I decided to enroll in that program. This will be my fifth time in rehab, mainly to deal with aftercare,” she said then. “There have been no relapses. I haven’t had any relapses … it’s just the triggers are big right now for me. You know, so, I just, I just, I want my son back.”

Carter’s son Prince was born in 2021 and according to The Hollywood Reporter he checked into rehab earlier this year in a bid to gain custody of him.

Following the announcement of Carter’s death, Prince’s mother Melanie Martin issued a statement saying she was “still in the process of accepting this unfortunate reality”.

“Your thoughts and prayers are greatly appreciated,” she added.

Fellow ’90s popstars New Kids on the Block paid tribute to Carter, saying they were “shocked and saddened” by his death.

Other figures from the world of showbiz who shot to prominence at a similar time to Carter posted their own messages remembering the late singer.

Actress Hilary Duff said Carter had “a charm that was absolutely effervescent”, and One Tree Hill star Tyler Hilton said news of his death was “heartbreaking”.