Peter Obi Is Only Popular On Social Media, Not In Anaocha – Kinsmen 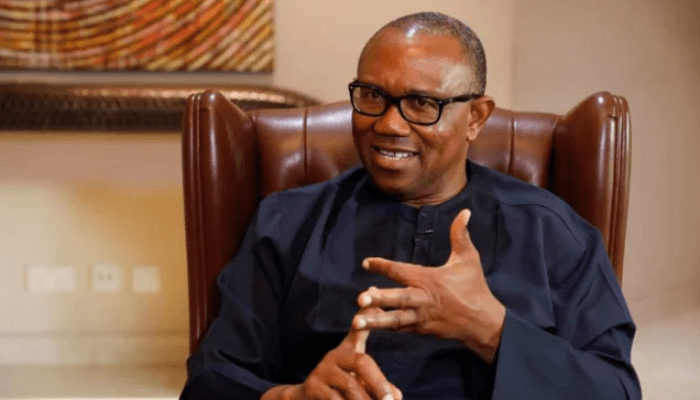 ENUGU, Nigeria (VOICE OF NAIJA)- The people of Anaocha local government area in Anambra State where Mr Peter Obi, the Labour Party presidential candidate, hails from, have described him as a social media candidate and vowed to crush him in 2023.

They added that the area has always been a Peoples Democratic Party (PDP) stronghold.

The 21 LG coordinators met Saturday at the Presidential Management Committee, (PCMC) office in Awka, to deliberate on the way forward for Atiku-Okowa ticket.

The coordinator from Obi’s Local Government Adilieje Ugochukwu, a lawyer, said Anaocha had always been PDP.

Ugochukwu promised that the council will deliver for PDP regardless of Obi running, The Nation reports.

He said, “We were in the party before Peter Obi joined us when he left APGA, and PDP was already formidable and winning elections. His decision to leave after many years of benefiting from PDP and to pursue his personal ambitions cannot impact the party negatively.

“Peter Obi never consulted his political family before his decision to leave; for him, it was his personal ambition, and such cannot be binding on us all as we have our own personal ambition, which is for PDP to win in next year’s election and in other elections.

“Do not be scared of anyone; we are in this to win. Our mandate is Atiku, and we’ll crush anyone standing in our way. We cannot allow our people to continue to be victims of emotions and sentiment.

“We are members of the PDP and must own up to our party and her presidential candidate and ensure that he wins in our local government and state.

“Peter Obi is only popular on social media and not in Anaocha. Anyone can organise a rally where every Tom, Dick and Harry will attend but on the day of the election, the real voters will cast their votes accordingly.

“Peter Obi’s personal decision cannot be binding on us all. Anaocha PDP,” he said