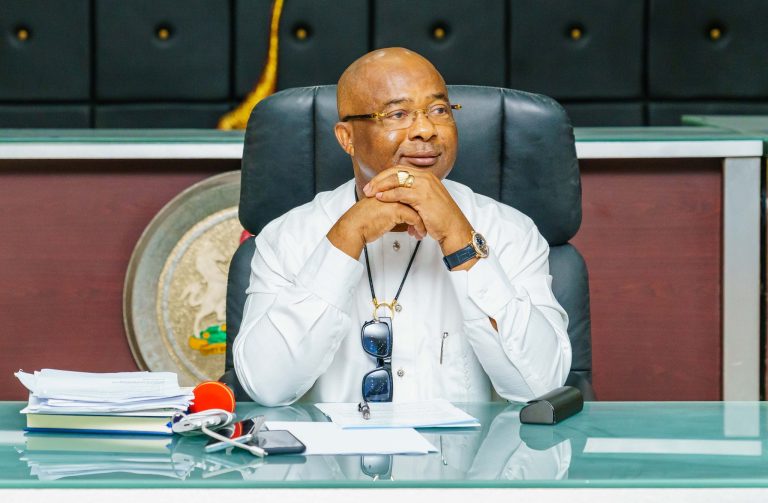 ENUGU, Nigeria (VOICE OF NAIJA)- The Imo State chapter of the Peoples Democratic Party (PDP) says citizens of the state cannot wait to roll out their drums to celebrate the end of the reign of Governor Hope Uzodinma.

The PDP made this known via a statement made available to journalists on Saturday by its Publicity Secretary, Collins Opurozor, in Owerri, the state capital.

While greeting Imo citizens on the occasion of Nigeria’s 62nd Independence anniversary, PDP said it reflects on the struggles for Independence in Nigeria and salutes the courage, patriotism and vision of heroes who defied colonial oppression to midwife a free nation.

The statement reads: “For Imo citizens, the most essential fruit of political independence, which is their inalienable right to decide those who should govern them, was brazenly assaulted and stripped away on 14 January, 2020, through a judicial coup which toppled the popularly elected PDP administration in the state and enthroned Senator Hope Uzodinma, a man who came fourth in the 2019 governorship election.

“Imo PDP, therefore, regrets that the promises held by Independence have become a mirage in the state. It is deeply troubling that our dear state today occupies the top position in all the indices of social misery. Health prospects are getting poorer, real incomes are falling, killings and insecurity have become pervasive, unemployment has become endemic, social institutions have collapsed and there is a sapping of confidence among citizens, a nagging fear that our state is fated to doom.

“Even in the face of all these, the inept and iron-fist regime of Senator Hope Uzodinma has embarked on a borrowing spree, which has raised the debt profile of the state to N210 billion, thereby making Imo more indebted than all the other states in the South East put together.

“This is worrisome, given that till this moment, the regime still cannot point to any landmark project it has done to justify the humongous borrowings, neither can it account for about N160 billion that has accrued to the local government system under its watch. The 13 per cent Derivation Funds received monthly by this wobbling regime, which has now come to about N25.6 billion, cannot also be accounted for.

“Imo PDP feels disappointed that all the sound policies and programs put in place by our Party for the economic resurgence, social regeneration and holistic development of the state have been discarded by this anti-people government of Senator Uzodinma. Apart from being officially designated as the unemployment capital of Nigeria by the NBS, the latest Nigeria capital importation report went further to declare that Imo under Uzodinma has not attracted a single dollar in foreign direct investment for nearly three years. This is the same Imo that was an oasis of prosperity in 2019 when our Party was in power.

“The Presidential Business Enabling Environment Council in its report also placed Imo at the lowest rung of the ladder in terms of ease of doing business in Nigeria. Similarly, Imo now officially ranks highest in infant and maternal mortality rates in the South East, and has also been totally displaced in education and tourism, the two areas the state until now held the light for Nigeria.

“A disaster has befallen Imo state, and the people can no longer wait to roll out their drums to celebrate the end of the ill-fated reign of Hope Uzodinma.

“Lies and deception have been elevated to the status of state policy by the regime of Uzodinma. Just yesterday, the Federal Government debunked claims personally made by Senator Uzodinma, that he was dredging the Orashi River to build a new seaport in the state. This is how embarrassingly low the regime can go in its struggle to deceive the people so as to sustain its ruinous and tyrannical misrule.

“Imo PDP wishes to encourage the people to be patient and never to despair. The resilience which Imo people have shown amid the ravages of bad governance in the state is commendable, and it stems from their faith in the eventual triumph of justice. By the grace of God, our Party shall return to power very soon to restore to the people the basic things of life and an enabling environment to excel in entrepreneurship.

“Our land shall yield again. And Imo people shall be independent from fear, hunger, squalor, unemployment and disease, which are the most ancient oppressors of man. Imo people shall have an unfettered right and the incentives to pursue their dreams here in Imo once again. The storm shall soon be over and affliction shall never rise again.”