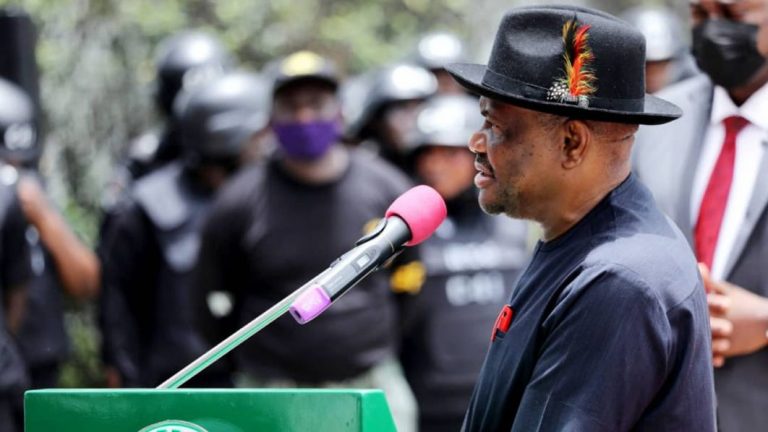 ENUGU, Nigeria (VOICE OF NAIJA)-Governor Nyesom Wike of Rivers State has said the presidential candidate of the Peoples Democratic Party (PDP) Alhaji Atiku Abubakar, cannot emerge the president of Nigeria without winning any of Lagos, Kano and Rivers states.

Wike made the claim on Friday while fielding questions in a media chat with some journalists in Port Harcourt, the state capital.

He stated this while reacting to the political crisis rocking the party, which is centered on him and the party’s presidential candidate, Alhaji Atiku Abubakar.

“Presently, Atiku does not have Lagos and Kano states, and now he said he doesn’t need Rivers State. How can he win?”

In recent times, the PDP has been experiencing some crises over the party’s chairmanship, with some groups demanding the resignation of Iyorchia Ayu, the party chairman.