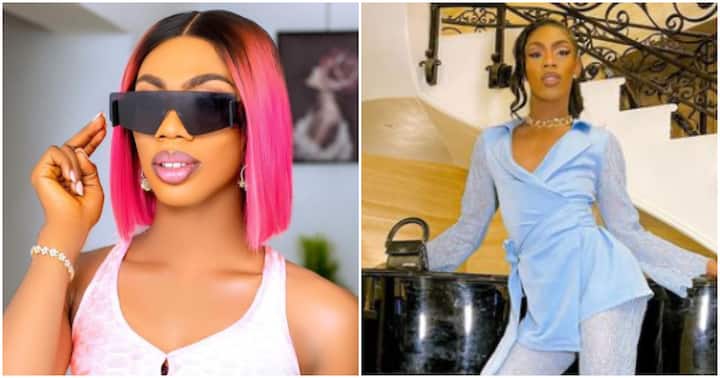 IBADAN, Nigeria (VOICE OF NAIJA)- Nigerian crossdresser, James Brown, has confirmed to curious Nigerians that he is in a relationship with a female partner.

According to the crossdresser, being a drag queen is more of a hustle than a lifestyle.

He said James Brown is the business guru who is cashing out on behalf of the entire brand.

The Queen of Africa, which he has bestowed upon himself, is the beautiful and classy content, and they both work hand in hand.

James also added that his statement does not define his sexuality because he still has a girlfriend.

When prompted if he actually has sex with women, James said that he only got a girlfriend in the UK.

Reacting to James Brown’s interview, a tweep @BadmanKADDO said: “First time being with a girl..
She dey let us know say she be bisexual 💀💀💀”