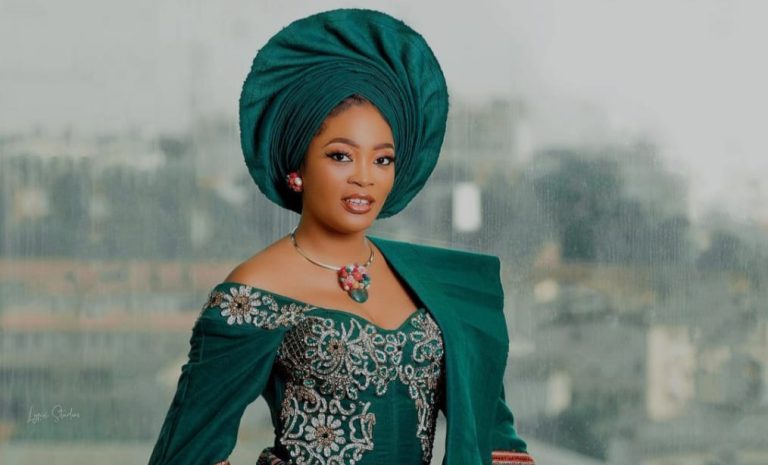 IBADAN, Nigeria (VOICE OF NAIJA)- Nollywood actress and skit maker, Bukunmi Adeaga-Ilori a.k.a Kiekie, is expecting her first child with her husband.

The 32-year-old fashion enthusiast made the announcement in an Instagram post on Tuesday, releasing a music video where she showed off her baby bump.

Captioning the video, Kiekie wrote: “Look who’s going to be a mummy. Me wey never fall dann inside rain before! One small drizzle bayi! I fell pregnant Danu Danu!”

She got married to her husband, Ilori in February 2020.

Kiekie began her career with GoldMyne as a host and producer of a fashion TV show in 2015 before venturing into acting and skit-making.

Speaking on their relationship in an interview with Punch, Kiekie said: “The beautiful thing is that I married a man who understands the concept of marriage, and we have been able to create a balance. When there is something to be done at home, it is not a function of whose job it is, but a function of who is available to do it. When there is something that needs to be done, I just get on it and do it as soon as possible. So, none is affecting the other. I think the baseline here is just to be responsible.”