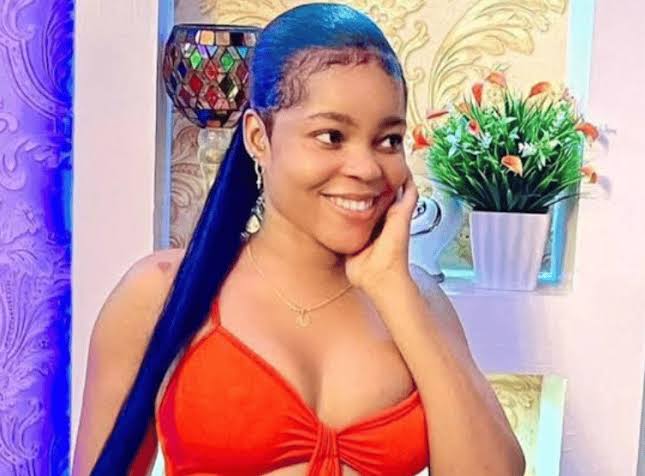 IBADAN, Nigeria (VOICE OF NAIJA)- Chichi is the new Head of House for week 9 after emerging the winner of Monday’s HOH task.

The Head of House win brings with it a guaranteed spot in this season’s finale, making it the most coveted HoH title yet.

It was all giggles and banter as the housemates gathered in the arena but as soon as Big Brother explained what was at stake, the light mood was replaced with keen focus.

As if housemates were not on edge enough, Biggie started with some house cleaning by relieving Rachel of her Tail of House title.

The stakes got even higher when Big Brother announced that tonight’s winner would not only be crowned Head of House, enjoy the privilege of using the executive Head of House bedroom and attend the Showmax movie night but tonight’s HoH winner would also get Supreme Veto Power.

The game was called the “See-Saw Beams”, a game that mimicked the playground see-saw but with a twist.

The beams were specially crafted with one end of each beam sporting a shallow container in the shape of the Big Brother eye, while the other side of the beam was bare with only a marked line.

Housemates were given five balls to transport, one at a time, by walking on the beam to the other side and dropping the ball in the shallow container.

Housemates were to repeat this until all balls were transported successfully.

As the game progressed the frustration came in bouts for Housemates who struggled with keeping the balls in the container because the beam would move when they walked on it, spilling their balls out in the process.

Balance was the name of the game and Chichi proved that she had good control of hers. In true Chichi style, she screamed throughout her attempts but this proved to be her superpower as she claimed victory over her counterparts. When the game ended, Big Brother acknowledged all the other times when she nearly made it but fell short and congratulated her for winning this week’s Head of House.

After Biggie asked Chichi who she would share the Head of House Bedroom with, she chose a delighted Chizzy who graciously accepted.

Daniella was crowned this week’s Tail of House and Biggie told her that her reward would be read to her at a later stage.

As the new Head of House and Supreme Veto Power holder, Chichi was given the chance to listen to pitches from her counterparts as they vie for a spot in the finale. Housemates were given 90 seconds to plead to the Supreme Veto Holder for a chance to be whisked straight to the finale.

Groovy tells Chichi he wants her to pick him because he wants to share the stage with her. He tells her they share the same dream and that she has faced so many odds to be here and he’s happy for her.

Chizzy thanks Chichi for picking him to share the HOH Bedroom. He believes Chichi is a strong woman who will take her decision by herself and he hopes it’s him, knowing that there’s only one slot left. Chizzy is advising Chichi instead of pitching.

“If I didn’t win, Bella didn’t win, it should be you,” Sheggz tells Chichi. He tells her at least she knows he’s real and even when they fight, it’s on “real P”.

Hermes tells Chichi that she knows he looks out for her. He loves that she’s the life of the party and they are both lit. Essentially, he told her to select her so she can have a lit week.

“I’m truly happy for you,” Bryann tells Chichi. He says he feels like she should pick whoever is in her heart. Chichi wants him to try and convince her. Bryann does not know what to say to her. “I’m telling you to have an open mind,” he says.

Other housemates, including Daniella, Bella, Phyna and Adekunle also plead to the Supreme Veto Holder for a chance to be whisked straight to the finale.

The housemates up for eviction are Adekunle, Bryann, Hermes, Bella, Sheggz, and Groovy.