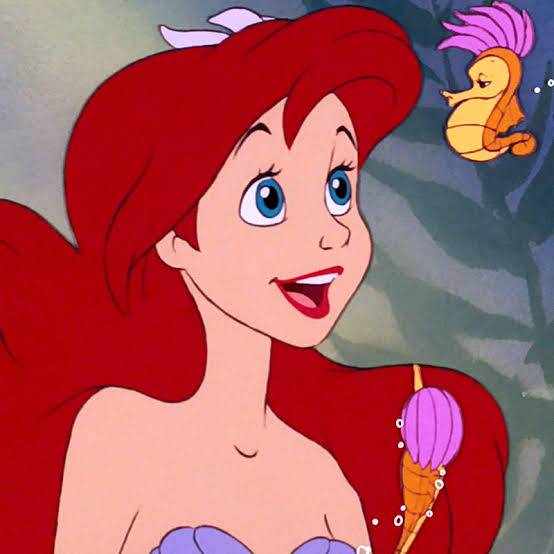 Two months ago, Disney announced the woman who is playing Ariel in the live-action version of ‘The Little Mermaid’, is 19-year-old Grownish actress, Halle Bailey.

Halle Bailey, is one half of the Grammy-nominated R&B sister duo, Chloe x Halle.

A heated debate broke out on Twitter over their choice because the chosen actress is black and does not have red hair.

The thriller of the highly anticipated movie, ‘The Little Mermaid’ was recently released and is currently trending on Twitter.

Obviously, when you think of Ariel from the classic movie, Halle looks completely different.

Race is one thing, but Halle Bailey does not have most of the mermaid’s characteristics, such as the red hair and large blue eyes.

And instead of trusting that the movie will still come together and giving it a chance, people on Twitter started the hashtag #NotMyAriel in retaliation.

Many believe that by having a woman of color take the role that it is destroying the classic of the character and the movie itself. Some even started boycotting Disney films.

Fortunately, not everybody is hating on the casting for the film.

The new version of “The Little Mermaid” starring Halle Bailey is changing that, much to the delight of Black children and their parents.

The first two-minute teaser from The Little Mermaid premiered as part of the company’s annual D23 expo last night, showing Bailey swimming through the seas and singing part of the film’s famous song, “Part of Your World.”

The clip shows how the singer and actress is perfect for the role, from her now-red locs to her angelic voice, as she adds an extra run to the iconic song.

Ariel, portrayed in Disney’s previous film as white with fire-engine-red hair and blue eyes, now has red locks and is Black.

Some parents on TikTok captured their Black daughters reaction to the trailer of “The Little Mermaid.”

Ke’Iona’s reaction was one of many moments captured by her parent.

“Seeing an actual manifestation of something you love and are passionate about makes that thing more realistic and makes you feel included; that’s my hope for them,” said Sterling Shanks, who recorded his daughters — Ke’Iona, Lai’Anna, 7, and Ea’Iona, 2 — as they watched the trailer.

“Seeing Halle Bailey as Ariel makes something they love more attainable and relatable.”

Mr. Shanks said their reaction brought him to tears.

He added, “Lai’Anna said, ‘Did you notice she has braids like we do sometimes?’”

Reacting to the video on Twitter, Bailey wrote that she was “in awe” of the overwhelming response to the trailer.

Tweeps have also been reacting to the thriller.

A tweep, ThereGoTerry said,
“We gotta pull up to the theatre for “The Little Mermaid” like we did Black Panther. Lemme order my 32 inch strawberry red locs.”

Jerrica: “Black people: “Ariel is a fictional character, so it doesn’t matter what her race is”

white people: “well how would you like it if we cast someone white to play Martin Luther King Jr.?!”

Heart of Whores: “To all the white people mad that Ariel is black ……… they got white mermaids at Lake Lanier , go check em out 😊😊🫶🏽”

noa: “if you wanna get literal in greek mythology, ariel being black makes complete sense. king triton had 7 daughters for the 7 seas and since the 7 seas r in different regions each daughter was a different race. ariel is based off the red sea, which is located between asia and africa.”

@juattuyen: “I don’t want to see another person complaining about Halle Bailey as Ariel. The trailer has given me chills every time I’ve watched it but this video is all the proof we need of just how important her casting is.”

Miss Martin: “the funniest part abt the whole Ariel situation is any time i’ve ever heard about mermaids existing it’s always around caribbean/POC countries so even if they were real i’d never imagine them to be white anyways 💀”

@TheoriesbyT: “One thing I notice about racists is they think it’s a black people vs white people discussion. Like no John, other white people also don’t care that Ariel is Black, you’re just racist and a dick 😂”

“After an extensive search, it was abundantly clear that Halle possesses that rare combination of spirit, heart, youth, innocence, and substance—plus a glorious singing voice—all intrinsic qualities necessary to play this iconic role,” says director Rob Marshall from Disney.

In Disney’s nearly 100-year history, there has been only one Black Disney princess — Princess Tiana in “The Princess and the Frog,” a 2009 animated feature starring Anika Noni Rose.

The singer Brandy starred in a 1997 made-for-TV film version of “Cinderella,” a remake of the Rodgers and Hammerstein musical.