Is The White Goat At King Charles’ Proclamation Meant For “Sacrifice”? 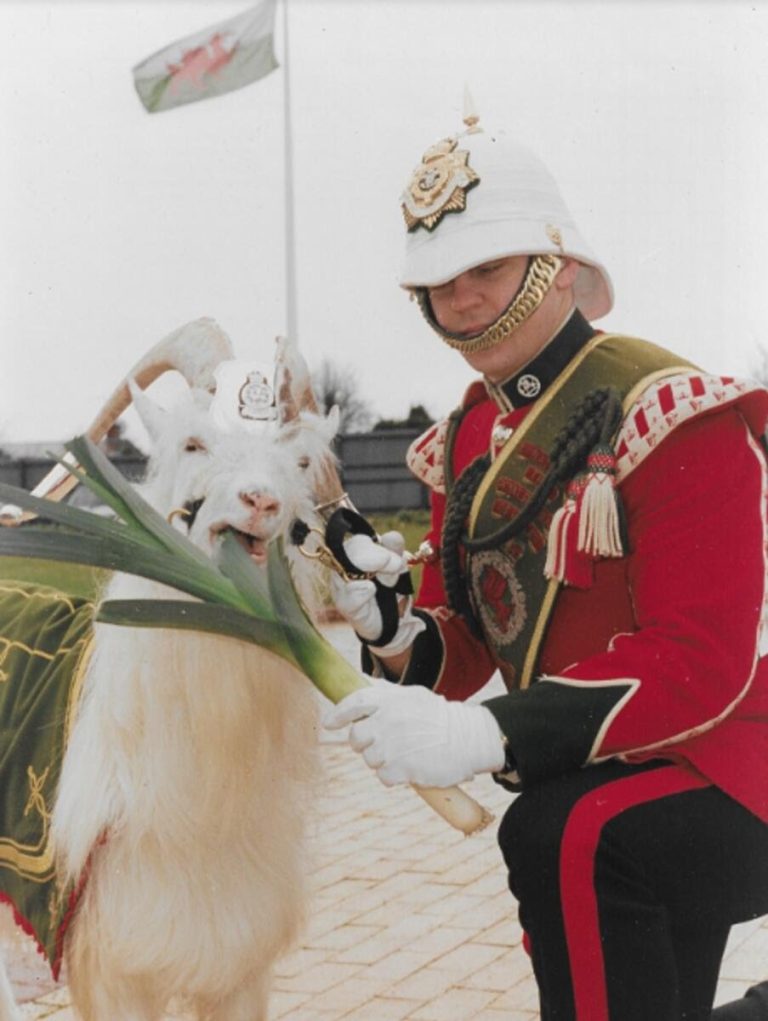 IBADAN, Nigeria (VOICE OF NAIJA)- A Nigerian man identified as Chuka Nduneseokwu on Twitter, posted a thread of tweets with a photo of an alleged “white ram”.

Nduneseokwu claimed in his tweets that the supposed white ram was for “sacrifice” at the proclamation of Prince Charles as the King of England.

The tweep further claimed that it was the British “ancient tradition and culture”.

The tweet reads: “This is the British carrying a white ram (intended for sacrifice) for the crowning and declaration of Prince Charles as King of England.

“This is their ancient tradition and culture (Ọdịnaanị na Omenaanị as we call it).

“If this was an African king or chief, our brainwashed Christian brethren will call it idol worship, worshipping Alusi, and paganism.

“These are the same people that brought you the “church” and told you that your ways were evil.

“They deceived you to abandon your ancient ways, only for them to hold unto their own. See them celebrate their own with pride. Africa wake up.”

His tweets have generated mixed reaction from tweeps on Thursday.

A Twitter user, @obeleokwute said, “Yes it will still be idol worship if the goat was to be sacrificed which is absolutely false. The goat is just a Mascot.

“Please do your idol worship with your full chest, there’s is freedom of worship in Nigeria but you want to deceive others first.”

Another tweep, @sire_Billie said, “We been brainwashed to the extent of hating our cultures meanwhile this people practically do this things right in our eyes…”

However, the claim that the “white ram” was intended for sacrifice was false.

According to reports, the animal in the photo is named Lance Corporal Shenkin IV.

It was also part of the procession ceremony for Queen Elizabeth II who died on 8 September at age 96.

Sheinkin IV, the official goat of the Third Battallion, and not meant for sacrifice.

It is the latest in a long line of regimental mascots for the Royal Welsh, who have been adopting goats into their ranks since 1775.

According to the Royal Welsh Museum, the Battalion started to do so after a goat strayed onto the battlefield during the Battle of Bunker Hill in the American War of Independence.

The goat led Royal Welsh Fusiliers’ colour party from the field, and the party have kept goats around for good luck ever since.

Another story claims the tradition dates back to the Crimean War, when a soldier suffering from hypothermia stuffed a kid into their coat to warm up.

The goat reportedly then made a noise warning him about activity from the Russian troops they were fighting.

When one goat dies, another is selected and then caught at the Great Orme in Llandudno, before going through months of rigorous training to become the new Shenkin.

Official goats have a regimental number, a rank – Shenkin IV is a Fusilier – and can be promoted and demoted, just like regular human soldiers.

One of Shenkin’s predecessors, William ‘Billy’ Windsor I, was once demoted from lance corporal to fusilier for headbutting a drummer during a parade for Queen Elizabeth II’s birthday celebrations.

Official goats even get a salary; the money is usually used to take care of their accommodation, which includes a radio and a sofa.

They are also assigned an official Goat Master, who groom, exercise, train, and lead them during ceremonial appearances.

In line with a tradition begun by Queen Victoria, the regiment will write to the reigning monarch to inform them in the event of the mascot’s death and ask for permission to select a new one.

Kashmir goat Fusilier Shenkin IV made his first official public debut at the National Armed Forces Day in Llandudno in 2018.