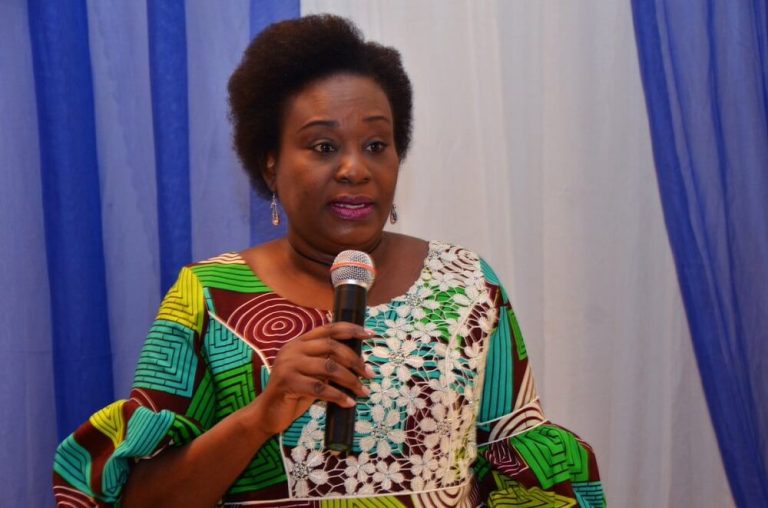 Recall that voiceofnaija.ng had reported in August that the Auditor General who was a few weeks away from retirement back then, was planning to install a stooge to cover up his alleged maladministration.

However, it was gathered that Aghughu – at the time – was planning to replace himself with Mr. Onwudili, the 4th candidate in order of hierarchy, without minding the three directors above him, a development which had reportedly constituted an unnecessary power tussle in the office.

A memo from the office of Federal Civil Service obtained by voiceofnaija.ng dated 6 September, 2022 and signed by Dr. Mary A. Ogbe, directed the embattled former AuGF Aghughu to hand over to the most senior Director of Audit, Mr. Julius Michael Isiuku.

Investigations carried out by voiceofnaija.ng have revealed that former AuGF Aghughu was able to install his stooge because of an alleged blackmail being carried out on the Office of the Head of Service by the former AuGF.

“The crazily corrupt former AuGF had told people close to him that if the Head of Service does not do what he wants (help instal his stooge), that he will expose their corruption,” our source within the office of the Auditor General told voiceofnaija.ng.

“I think the relevant authorities should be called in to investigate the former AuGF’s misconduct. The fact that the former AuGF illegally doctored the nominal roll of the office so as to bring his preferred candidate, Andrew O. Onwuidili ahead of other directors who joined the civil service way before him against the extant civil service rule is fraudulent and must be investigated,” he added.

A further dive into happenings by this medium revealed that a memo dated 1 March, 2022 and signed by the Director Human Resources Management at the office Head of Service, stated that seniority will be used when picking an AuGF and listed order of seniority as follows: Mr. Isiuku JM, Mrs. Ogundowo AO, Mrs. Ugwu NE, Mr. Onwudili OA, Mr. Gbayan GS.

The memo quoted PRS020106, which is the normal civil service rule that states that one can become an AuGF only through seniority.

But in an unprecedented move, on 18 July, 2022, another conflicting memo signed by the Director of Organisation Design and Development, surfaced from the office Head of Service, which listed order of seniority as follows: Mr. Onwudili OA, Mr. Gbayan GS, Mrs. Ogundowo AO, Mrs. Ugwu NE, Mr. Isiuku JM.

Many are now pointing accusing fingers at the Head of Service for flipflopping on the memos. They wonder why the HoS would allow the former AuGF stooge to be installed based on a corrupt memo that does not follow the civil service rules.

The lawless takeover of the office of the Auditor General by force, a move which is unprecedented and is eroding the office of the AuGF, has taken a new twist with the illegitimate acting AuGF Onwudili calling on newly promoted directors to apply for the position of AuGF.

This new move by the acting AuGF is illegal and violates rules governing who can apply to become the AuGF.

In a circular dated 11 August, 2022, the Federal Civil Service Commission (FCSC), had asked qualified and interested directors of audit to apply for the job.

According to the circular marked FCSC/PS/31/VOL11/239 and signed by the commission’s Permanent Secretary, Mary Ogbe: “The commission requests suitably qualified Directors of Audit in the Office of the Auditor-General for the Federation to submit relevant briefs through the Director, Human Resource Management, in the attached format for appointment to the position of Auditor-General for the Federation.

“In order to qualify for the position, the prospective candidate must: possess a good honours degree in the relevant field; be a professionally qualified accountant; hold a membership certificate of a reputable accounting body recognised by law both within and outside of Nigeria; possess a minimum of 15 years of post-professional qualification experience, acquired in the public sector, at least 10 years of which must be in auditing; have held a position not less than that of a Director in the Office of the Auditor-General for the Federation; and must be a Nigerian citizen not below 50 years of age and is not retiring from service earlier than December 31, 2024.”

“Take a look at the circular, you will be shocked that they may change the rules again to accommodate their candidate. Do you know why people take us as jokes? It is because of circulars and memo’s coming from the office of Head of Service and that of Federal Civil Service Commission.

“Similarly, the Head of Service came out with one memo on 1st March, 2022 that quoted PRS020106 in arriving at who becomes the next AuGF. The same office, shamefully made a U-turn and came out with another conflicting memo in July which contradicts it’s March, 2022 memo.

“Nigerians are tired of these shenanigans, the system is broken and only truth and putting those who have worked hard and done their part in rightful position can solve the mess,” lamented a union member who pleaded anonymity.