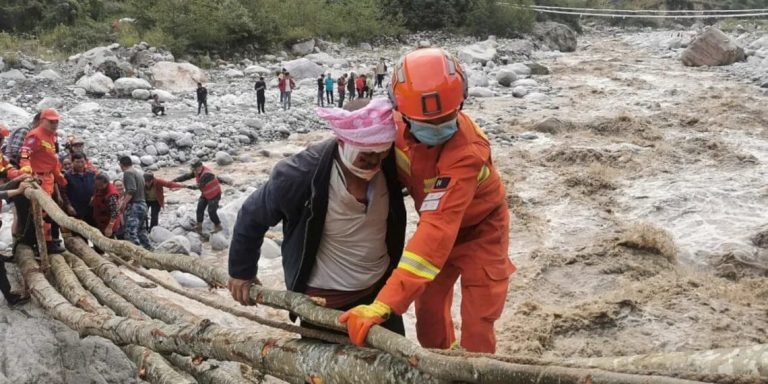 The death toll from an earthquake in south-west China’s Sichuan province has risen to 46.

In addition, more than 50 others are injured and 16 are still missing, the People’s Daily newspaper reported on Tuesday.

Among the dead, 29 were from Ganzi Tibetan Autonomous Prefecture, which administers Luding County, and the other 17 were from Ya’an City.

The epicentre of the quake occurred at 12:25 pm local time.

It was monitored at 29.59 degrees north latitude and 102.08 degrees east longitude at a depth of 16-km, China Earthquake Networks Centre was quoted as saying by the state-run Xinhua news agency.

The epicentre is 39-km away from the county seat of Luding and there are several villages within the 5-km range around the epicentre.

A large-scale search and rescue operation is under way with thousands helping with recovery efforts.

Many streets were still blocked off on Tuesday, just as electricity, water supply, and communications were disrupted.