Returning To Nigeria Is Beginning To Pay Off, I’m Doing Way Better Than When I Started – Ninalowo 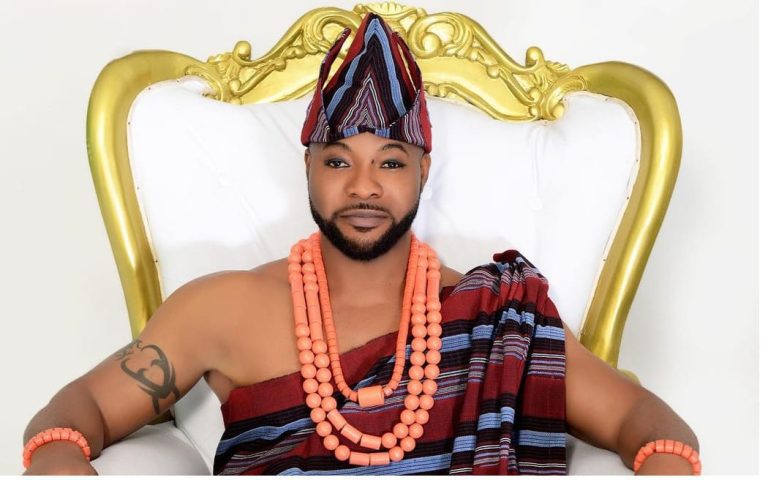 RICHMOND, Texas (VOICE OF NAIJA) – Popular Nigerian Nollywood Actor, Bolanle Ninalowo, has revealed that relocating to Nigeria is beginning to pay off.

The versatile actor who has numerous movies and sitcoms to his credit, relocated to Nigeria a couple of years ago, taking the movie industry by storm with his impeccable and flawless movie interpretation.

Voiceofnaija.ng caught up with the multitalented and versatile actor on his way outside the country in the course of the week, and Ninalowo spoke extensively about his career as well as his challenges over the years.

“My business is not real, the real thing is my family,” the Ikorodu-born actor began the interview with his trademark smile.

“I am flying straight to California for work. The movie has a ghost title for now, but the Producer is an American.

“I have a lot of movies up in the last quarter of the year, people can watch out for them.“

While many believed it would have probably been easy for the award-winning thespian to adapt to the Nigerian movie industry, the 42-year-old narrated how difficult it was and the challenges he had to overcome.

He said: “It wasn’t easy to adapt to the Nigerian movie industry. It was just perseverance and knowing what I want and going for it.

His profile is one that might interest many a producer, but the actor, an Alumnus of DeVry University, is focused and knows what he is really out for in the movie industry.

“At the point that I’m in, in my career, I focus more on the global films, like the movies that go on Netflix and Amazon Prime. So, you’d want to be in movies that have global audience.

“I have about three movies showing on Netflix; coming from eternity, lion’s heart and breaded life,” Ninalowo explained.

With his appearance in movies that show on Netflix, and by virtue of his public status, our correspondent asked how much he’s worth currently. His response was quite unprecedented.

According to him: “I don’t even know what I’m worth. I haven’t made that much money to know how much I’m worth. I guess when you start making in million dollars, you’ll know.

“I haven’t hit a million dollars yet.

“When you’re making the money, you’re spending it as well. You take care of your family and all. I’m a very content person. As long as my family is doing good, I’m good.”

There’s hardly an actor with his looks who hasn’t suffered sexual harassment, we asked Ninalowo if this is his experience since he joined the movie industry.

“I have never been sexually harassed,” he replied.

“I get ladies over me all the time, but I don’t follow them, I don’t work on that,” he added.

The in-thing for many Nigerians is to Japa – to relocate abroad – but for the winner of the 2018 City People Movie Awards for best actor of the year, he took the decision to reverse the case, and it has since paid off.

He explained: “Coming back to Nigeria is beginning to pay off more than staying abroad. I am doing way better than when I started.

“I had a rough start, just like most people who have succeeded. Success only comes with failures.

“I faced criticisms and intimidations when I first started out here in Nigeria. There were also rejections, and I struggled to understand the system here too.

“I cannot really remember them. I don’t look like what I’ve been through, thank God for that.

“I plan on going into full scale production in 2023 by God’s grace.”

Nino B, as he is fondly called in some quarters, has a ‘family first’ policy which seems quite impressive for someone who’s mostly on set or away from his family, and he really combines work and family pretty well.

“I see my family every other month. It’s not easy, bro, but I try to strike a balance. My family was with me for about two years,” he stated.

Nigeria’s movie industry is fast catching up with her foreign counterparts, and this, the Producer noted, is visible with the acceptance by Netflix and Amazon Prime in Africa.

He said: “Nollywood is growing every year, doing amazing things. Our films are global now, Netflix is in Africa, prime is in Africa, that’s to show you we’re doing something right.

“For upcoming artists, hold on to God and find a purpose in what you’re doing.”