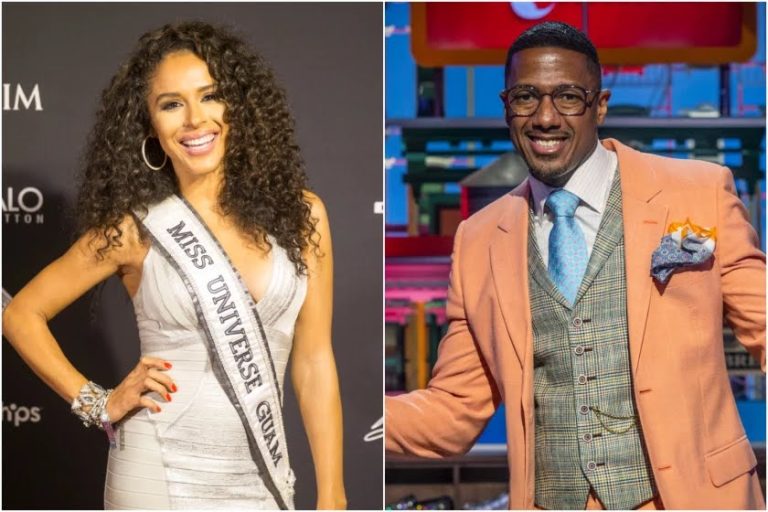 The child is the third Bell will be having with Cannon.

This would also be his fourth child born since 2021.

He could also be expecting a tenth baby with Abby De La Rosa.

Cannon disclosed this via a video shared on his Instagram page on Wednesday.

In the video, Cannon, Bell, and their children can be seen posing for photos during a maternity shoot.

“Time Stopped and This Happened… @missbbell #Sunshine” #SonRISE,” he wrote.

Bell’s pregnancy is coming a few weeks after Cannon welcomed his eighth child with Breana Tiesi.

It also comes a few months after the media personality lost his little son, Zen, to brain cancer.

Cannon welcomed Zen, who was his seventh child, with Alyssa Scott, the American model, on June 23, 2021.

Cannon and Mariah Carey, his ex-wife, gave birth to Monroe and Moroccan, another twin, about 11 years ago.

“Did she confirm that?” Cannon asked. “See, this is what I like to do, I never like to generalize, so I like to let the women in my life share the news on their own, so then it doesn’t look like I’m trying to get publicity and stuff. So when they’re ready to speak on who and what and where, I support. But for now, I just let them talk.”

“That’s why I said the stork is on the way, we’ll see how it trickles down,” Cannon said.

Turner asked if she would be safe to bet on three kids for Cannon in 2022 and he said yes, she would.

Cannon said he dedicates his entire day to his children. “It’s not as difficult as people think it would be, but I understand [their concern] because it is a very unorthodox scenario,” Cannon said. “I dedicate probably my entire day to my children. Luckily, we are in a world where I’m blessed with the opportunity. I get to spend more time with my children every single day because of my world and my business model.”