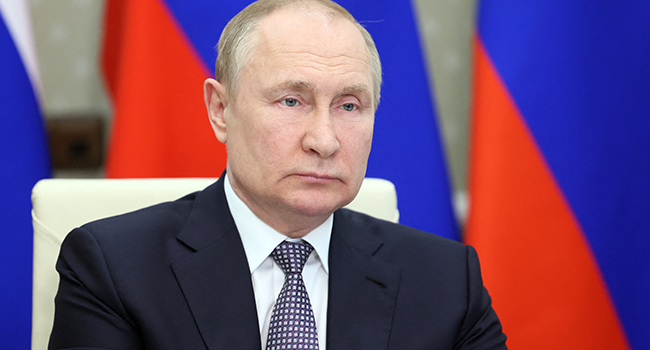 Russian President Vladimir Putin on Thursday signed a decree to increase the headcount of the country’s army, as Moscow’s military intervention in Ukraine enters its seventh month.

Russia’s army will have over two million people, including 1.15 million servicemen, starting January next year, according to the decree published on a government portal.

Putin last set the army headcount in 2017 at around 1.9 million people with 1.01 million soldiers.

While the decree does not outline the reasons for the increase, it comes as Moscow’s troops are focused on capturing territories in eastern Ukraine.

The decree also comes at a time of soaring tensions between Moscow and Western countries that have sanctioned Russia over its operation in Ukraine.