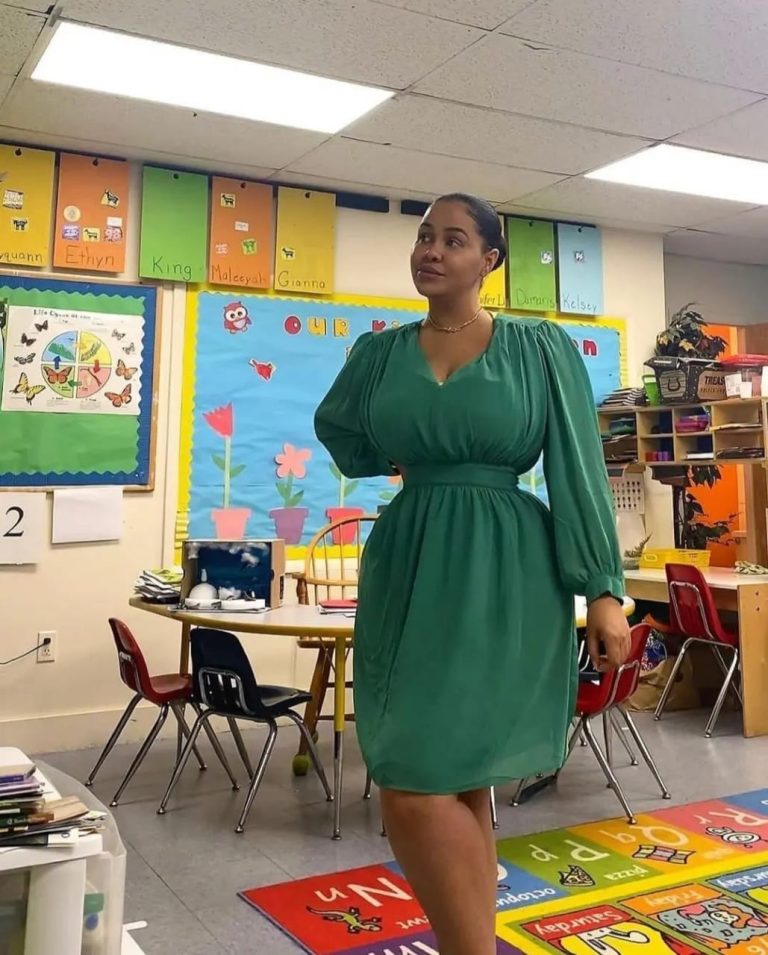 An art teacher at a preschool school in New Jersey, United States, has been the target of multiple accusations by a group of parents.

Parents said her curves are a distraction for their children.

They question the suitability of the educator to teach their children, taking as an argument that the teacher is ‘too sexy‘, and adding that this could represent a problem for their minors.

According to reports, the parents stated that the pronounced curves of the woman could serve as a distraction for the children, preventing them from fully concentrating on their class.

The teacher is quite popular on Instagram with more than 700,000 followers who likes
photos of her “voluptuous” figure.

She regularly shares photos of herself in class or engaging in other fun activities outside school on her page.

Some parents are calling for her to be fired while others say she should just wear clothes that hide her curves.

The teacher, however, claims she dresses well to class.

“It’s a distraction for our children” says a parent at the small school in New Jersey.

“Teachers who love to teach, teach children to love to learn,” she commented in one of her posts after receiving criticism from some parents.

For her, it has always been a challenge to be taken seriously in her work because of her figure and her personal life on social networks but emphasizes that when teaching classes she always wears “appropriate clothing”.

“I haven’t had a single complaint from the kids, they don’t have those kinds of thoughts. The problem lies with the parents,” commented the teacher in another publication.

“I worked for years to become the woman I am today. Strong, successful, loving, driven, etc. Unfortunately, being an influencer makes it easy for most people to dismiss the immense amount of work it takes to get where I am. Today.(…) Some forget the fact that their lack of empathy can lead us to lose the income we use to support our families or our emotional control…”, she said .

Under both New Jersey and federal labor law, it would be illegal for a school to fire a teacher based on their physical appearance, which is perhaps why there’s been no action taken against the supposed complaints that have been made in regards to the woman’s looks.