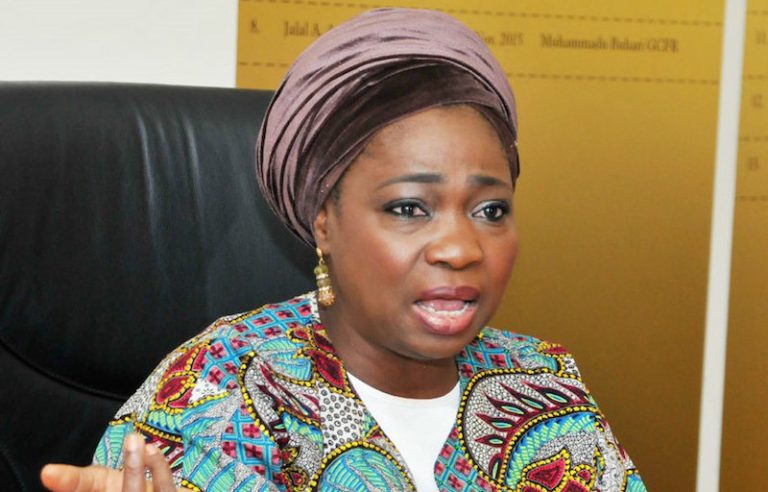 IBADAN, Nigeria (VOICE OF NAIJA)- Chairperson of the Nigerians in Diaspora Commission (NIDCOM), Abike Dabiri-Erewa, has spoken on the death of Itunu Babalola, the Nigerian lady who was ‘wrongfully jailed and killed’ in Cote D’Ivoire

Dabiri-Erewa disclosed that Babalola might have been implicated by those who she regards as friends while responding to questions at a media briefing at the state house in Abuja on Thursday.

Speaking on efforts made by the commission to get justice for the deceased, Dabiri-Erewa said a Nigerian who claimed to be investigating the circumstances surrounding Babalola’s death visited her before her demise.

Dabiri-Erewa also lamented that the lack of CCTV footage has made it difficult to ‘really’ identify the suspect whom she described as ‘dark, male who had a relationship with the girl’.

“The case is in court and I would not want to pre-empt what is in court but there are some sad things about that,” she said.

“Somebody visited her before she died, I’m saying this for the first time and that person is a Nigerian.

“If there was CCTV, they would tell us who that Nigerian is, and it’s one person who has been going about saying that he’s doing some investigations. It’s deeper than that.

“When that comes out, you may be shocked, and again, because she’s late and the father is still mourning, it’s difficult but somebody, a Nigerian who claims to be investigating had a relationship with that girl and visited that girl and something happened to her.

“If it was a developed country, there would be CCTV and they would point that guy out. So, they’re still looking at it.

“I don’t think the police in Cote D’Ivoire did anything, sometimes we’re our biggest enemies. It’s deep, loaded but something deeper happened to that girl that goes right back to who she called her friend. Who were her friends? Who implicated her? Who went to visit her? Some male… dark…that claims he’s investigating.”