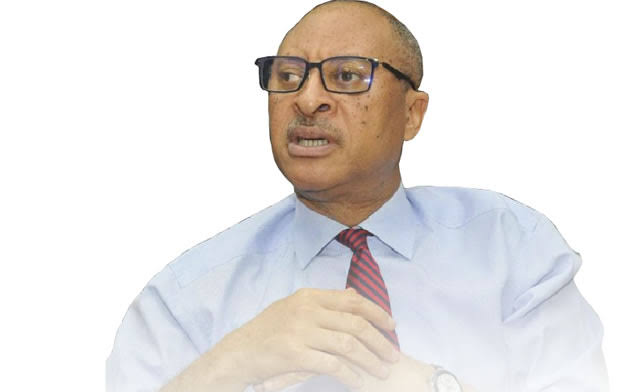 ENUGU, Nigeria (VOICE OF NAIJA)- Imo State chapter of the Labour Party (LP), on Thursday rejected the constitution and inauguration of the OBI/DATTI campaign council by Prof. Pat Utomi during his recent visit to the state, describing it as a joke taken too far.

The party declared that nobody has been appointed to the Presidential Campaign Council in Imo State, stressing that the exercise can best be described as null and void.

Reacting to the development in a release made available in Owerri, the state capital, the Labour Party said it was aware that Prof. Pat Utomi was in the state as the National Leader of the National Consultative Forum to attend the endorsement of Mr. Peter Obi as the presidential candidate of the Rescue Nigeria Project (RNP), and no more than this.

The release reads, “Neither the State working committee, its Chairman, Dr. Ambrose Onyekwere, nor the entire leadership of the party including its candidates, stakeholders, and members were aware of the constitution and inauguration of OBI/DATTI campaign council inaugurated by Prof. Pat Utomi, on 12th August, until it zoomed into public space.

“Prof. Pat Utomi, when approached on this matter by the state Chairman, pleaded that it was “a gross error” and that it would be corrected.

“That on the 16th of August, a self-acclaimed cell of the so-called presidential campaign council visited the Imo State Labour party Headquarters.

“Three of the visitors including Dr. Fabian Ihekweme spoke, and they, in turn, admitted that there was an error in the inauguration in Imo State. They pledged to work closely and harmoniously with the Labour Party.”

Responding, the Imo State Chairman, Dr. Ambrose Onyekwere made it clear that the party in Imo does not recognize the “Campaign Council”.

He also drew their attention to the publication issued by the National Publicity Secretary of the Labour Party, regarding the appointment of Mr. Charles Odibo as the head of communication of Labour Party presidential system council which he described as unconstitutional and inappropriate.