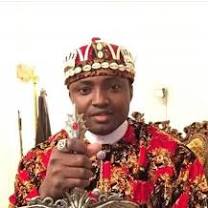 ENUGU, Nigeria (VOICE OF NAIJA)- Simon Ekpa, a self-acclaimed disciple of Mazi Nnamdi Kanu, leader of the Indigenous People of Biafra (IPOB), has condemned the warnings by the group, asking Southeasterners to bury their dead within three days.

According to him, IPOB’s charge of burying dead bodies in the Southeast within three days was an Islamic agenda.

The IPOB’s spokesman, Emma Powerful, had warned people of the South-East against keeping their dead in the mortuary for too long.

Powerful noted that delay in burial rites was responsible for the problems bedevilling the South-East.

Condemning the warning, Ekpa said such does not represent the culture of the South-East .

Ekpa in a series of tweets wrote: “Our attention has been drawn to a publication by some expelled criminals in IPOB urging Ndigbo to bury corpses within 3 days.

“Please, disregard such news. It doesn’t represent our culture. They are now out with their Islamic beliefs. The reason some of them went to Kuwait.

“They went to Kuwait and changed their names. One of the expelled criminals, his name in Kuwait is Muhammad Abbas while his Nigeria name is Chinasa Nworu. Our people will continue to give respect to the dead, it is part of our culture.”