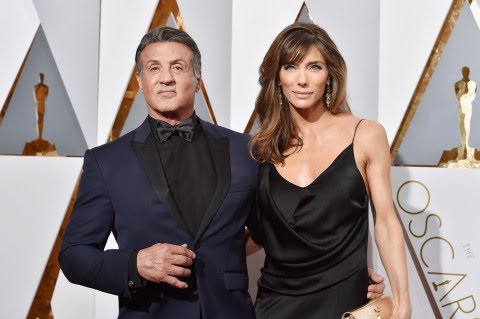 Sylvester Stallone’s wife, Jennifer Flavin, has filed for divorce after 25 years of marriage.

On Aug. 19, the former model filed for divorce from the Rocky actor at a Florida court, according to legal records obtained by E! News.

Stallone’s rep quoted the actor as saying in a statement on Aug. 24, “I love my family. We are amicably and privately addressing these personal issues.”

Their romance was the subject of intense speculation recently after the 76-year-old covered up a tattoo tribute to Jennifer with a portrait of beloved dog Butkus, from the boxing franchise.

A rep later shut down any speculation, telling MailOnline: ‘Mr Stallone intended to refresh the tattoo image of his wife Jennifer however the results were unsatisfactory and, unfortunately, unfixable.

‘As a result, he had to cover the original image with a tattoo of his dog from Rocky, Butkus.

‘Mr Stallone loves his family. The Stallones are presently filming a reality show together which will debut on Paramount+.’

Sly has been married twice before – first to Sasha Czack, with the pair welcoming their sons Sage, who tragically died in 2012, and Seargeoh.

He went on to walk down the aisle with Brigitte Nielsen, and then tied the knot with Jennifer, with whom he shares daughters Sistine, Scarlet, and Sophia.