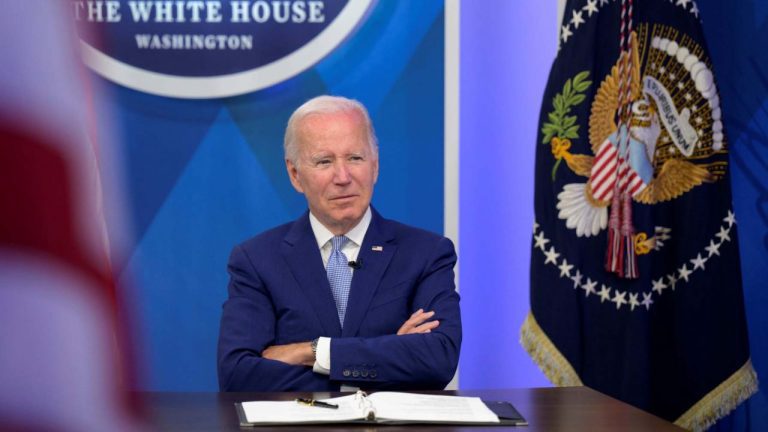 In a statement, Biden signaled the firmness of Washington’s commitment to Ukraine’s struggle, saying the $2.98 billion for arms and other equipment aimed “to ensure it can continue to defend itself over the long term.”

The new funds will be for air defense systems, artillery and the much-in-demand ammunition for those systems, as well as radars and systems to counter Russian drones, Biden said.

Congratulating Ukraine on its independence, which was declared from the Soviet Union in 1991, Biden said the US “is committed to supporting the people of Ukraine as they continue the fight to defend their sovereignty.”

“Today is not only a celebration of the past, but a resounding affirmation that Ukraine proudly remains — and will remain — a sovereign and independent nation.”

Biden also hailed Ukraine’s resistance against the invasion, which President Vladimir Putin launched on February 24 after years of unsuccessfully trying to reassert Russian control over a westward-looking country that has pushed strongly for membership in NATO and the European Union.

Thousands of soldiers on both sides and thousands of civilians have died in the largest-scale battles seen in Europe since World War II. Despite Russian expectations of a quick victory, Ukrainian armed forces, which are trained and armed by Western allies, have pushed the invaders back to a swath of territory in the country’s east and south.

“Six months of relentless attacks have only strengthened Ukrainians’ pride in themselves, in their country, and in their thirty-one years of independence,” Biden said.

“Today and every day, we stand with the Ukrainian people.”

However, despite rumours of a Ukrainian counter-offensive to try and retake large portions of occupied territory in the south, the battle lines remain largely frozen, indicating a possibly lengthy test of resolve for both sides, and also for Ukraine’s Western backers.

The funds released by Biden on Wednesday could be used for immediate war costs, including acquisitions of supplies and arms, and are separate from the Presidential Drawdown Authority (PDA), under which Biden has been able to order transfers of weapons and ammunition to Ukraine’s forces from existing US military stockpiles.

On Friday, the Pentagon announced the latest package under the PDA: $775 million worth of various missiles, artillery, and anti-armor weapons and ammunition, as well as a fleet of armed mine-removal vehicles.