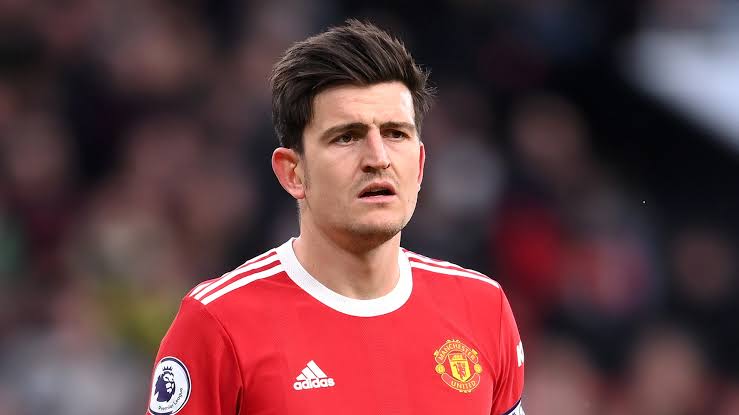 Manchester United do not plan to sell captain Harry Maguire as there is no negotiations ongoing between the club and Chelsea, according to reports.

The England player has been linked with a move to Chelsea but the Blues are prioritising signing Leicester starlet Wesley Fofana.

Football pundit, Fabrizio Romano made this known in a tweet shared on Wednesday.

He wrote: “No negotiations ongoing between Manchester United and Chelsea for Harry Maguire. He’s expected to stay at Man United and fight for his place, no different plans on clubs side too. 🔴 #MUFC

Harry Maguire is determined to fight for his Manchester United career despite renewed doubt over his role under Erik ten Hag.

As revealed by Sportsmail last week, Maguire was dropped to the bench for Monday night’s clash with Liverpool, which United won 2-1.

As revealed on Saturday, Chelsea have checked on Maguire’s availability as a back-up option for their No 1 target, Wesley Fofana of Leicester.

But as it stands, the England defender is not for sale, with Ten Hag insisting he remains in his plans. And Maguire is fully focused on winning back his place in the United starting XI.

When Maguire next reports for training at Manchester United’s Carrington HQ he’ll be acutely aware of what lies ahead.

He isn’t burying his head in the sand, he isn’t brushing off the events of Monday night as a one off. He knows he is fighting for his United career.

Maguire will accept that challenge; a man from humble upbringings, he knows no other way.

More of England and the World Cup later – because, right now, Maguire’s sole focus is on resuscitating a United career that is stuttering.