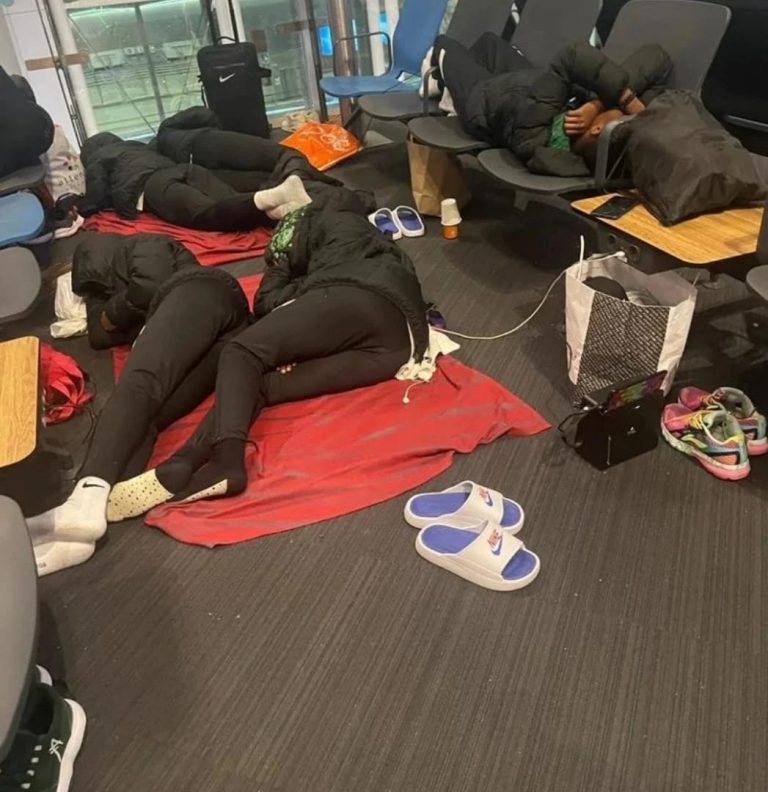 IBADAN, Nigeria (VOICE Of NAIJA)- The General Secretary of the Nigeria Football Federation, Dr Mohammed Sanusi, has described reports that the Super Falconets are stranded in Turkey as mischievous and misleading.

According to Sanusi, the women’s team missed their flight from Istanbul, Turkey to Nigeria, adding that they were not stranded in the European nation.

Sanusi’s claim followed reports that the Falconets, who left Costa Rica, venue of the 2022 U-20 Women’s World Cup, on Monday after crashing out of the competition, were stranded in Istanbul.

The players were pictured sleeping on bare floors and chairs at the Istanbul airport waiting for their flight.

The Falconets were not stranded in Turkey; to say the girls were stranded is a mischievous statement. It’s the fault of the airline,” he told Punch.

“By the time they arrived in Istanbul, the connecting Turkish Airline flight that was supposed to convey them from Turkey to Abuja had left and the Falconets had to wait for the next flight.”

Sanusi said the Falconets had finally boarded a flight to Abuja.

The Falconets won all their group stage matches in Costa Rica, but lost to The Netherlands 2-0 in the quarter-finals to exit the tournament.