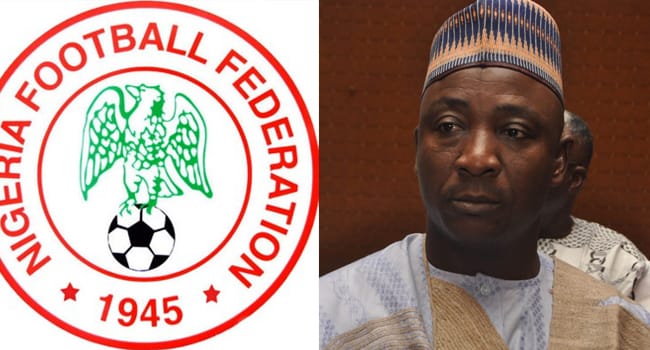 IBADAN, Nigeria (VOICE OF NAIJA)- The Chairman of Zamfara State Football Association, Ibrahim Musa Gusau, has declared his intention to join the race to become president of the Nigeria Football Federation (NFF).

Gusau, met with football stakeholders in Zamfara State, on Wednesday, to declare his intentions.

Gusau who is also a member of the CAF Organizing Committee said the move is to bring unity and also develop the local league.

He added that if elected NFF president, international footballers at all levels would be selected based on merit, adding that he will give attention to the discovery of more talents across the country.

Ibrahim Gusau explained that the NFF needs a better hand to take it to greater heights, adding that he is ready and willing to do so.

“The basis of football is about grassroots development. I have a robust plan to develop it and we will take it from there, then we will see how we are going to make our league competitive and to be among the best in Africa, if not the world.”

On the 10-year Football Development Masterplan approved by President Muhammadu Buhari, Gusau said if elected as the NFF president, the plan will be implemented step by step to achieve the desired objectives.

“We will see how we are going to implement the plan step by step as being said by the President for us to achieve our objectives and we will do our best in conjunction with other stakeholders to make sure that we implement it for the benefit of Nigerian football,” he added.

The election of the NFF President is scheduled to hold on September 30th in Benin City, Edo State.