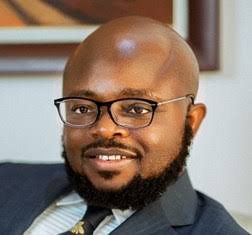 Meanwhile, the two aspirants are laying serious claims on who becomes the authentic governorship candidate of the party in Ebonyi.

Investigation revealed that Odii and Ogba are currently in the supreme court challenging each other’s emergence in the recently conducted primary election of PDP held on 28/29 May 2022 and 4/5th June 2022 at the party secretariat, along the Abakaliki-Enugu expressway, Daily Post reports.

Odii hails from Ebonyi South Senatorial Zone, the same zone as Governor David Umahi who is currently ending his second tenure in office while Ogba is currently in his second term as the senator representing Ebonyi Central.

Odii however, denied discontinuing his governorship ambition in a statement signed and made available to journalists in Abakaliki by his media aide, Chief Abia Onyike.

The governorship aspirant said it’s impossible for Odii to relinquish his ambition in preference for a ministerial position.

He said: “the attention of AnyiChuks Grassroot Organization has been drawn to a fictitious story in the social media concocted by a spook purporting that the Ebonyi State governorship candidate of PDP has stepped down for Senator Obinna Ogba in preference for a ministerial position.

“Pertinently and factually, the PDP flag bearer in Ebonyi State never attended any meeting anywhere either in person or by proxy for any purpose whatsoever.

“We hereby state categorically and unequivocally that Dr Odii’s mandate from the wonderful PDP members subsists. For the avoidance of doubt, Dr Odii will not be disposed to or acquiesce to swap or relinquish the mandate but to diligently and determinedly pursue a logical and successful conclusion of the matter in court.

“We wish to assure the teeming supporters of Dr Odii that he will never betray the confidence and trust you explicitly reposed in him.”