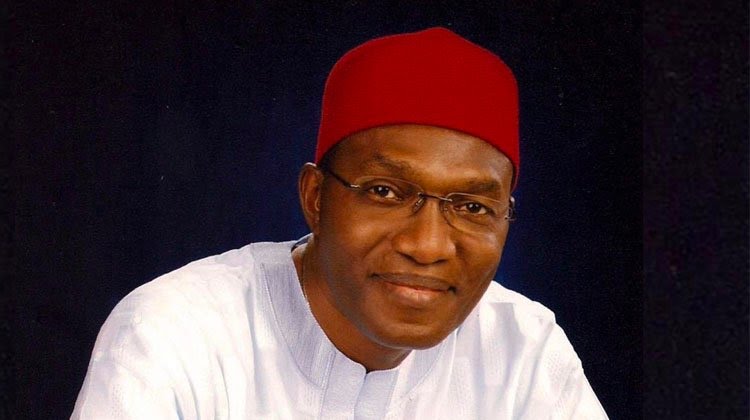 ENUGU, Nigeria (VOICE OF NAIJA)- Vehicles belonging to Senator Andy Uba, a one-time three-day Governor of Anambra State, have been reportedly seized by officials of the Execution Unit of the Federal Capital Territory High Court in Abuja, working with officers of the Nigeria Police Force, on Tuesday.

This is following the N50 million debt resulting from a loan he took from Oranto Petroleum Limited.

The governorship candidate of the All Progressive Congress (APC) in the recently concluded elections in Anambra, is the debtor, in a case instituted against him by Oranto Petroleum.

The seizure of his property was sequel to the judgment of an Anambra State High Court delivered on 6 March, 2017, in a case presided over by Justice Mbonu Nwenyi of the Aguata Judicial Division Ekwulobia.

The seized Jeep vehicles were impounded at Uba’s residence at No. 49 T.Y Danjuma Street, Asokoro, Abuja.

In his ruling, the judge held that Uba as the defendant in the case had not denied receiving the friendly interest-free loan from the plaintiff.

The court further held that, having gone through the statement of defence of the defendant, the defendant had not disclosed any good defence to the suit and in such circumstance the plaintiff was entitled to the judgment.

Justice Mbonu stated that, “The Plaintiff has sufficiently shown that she granted interest-free friendly loan to the defendant which has not been denied and since have not been repaid.

The execution took place in Abuja as a result of a motion ex parte dated 5 May, 2022, and filed same date praying the court for some reliefs and subsequent order of the FCT High Court dated 30 June, 2022.