Why Electoral Reform Is ‘Almost’ Impossible In Nigeria- INEC 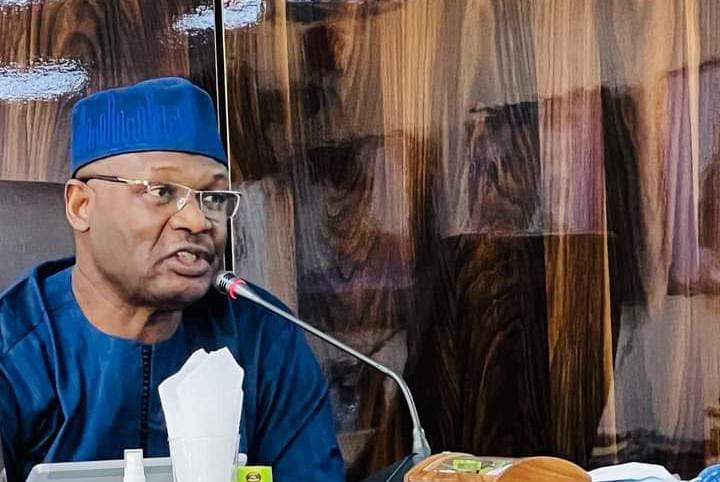 IBADAN, Nigeria (VOICE OF NAIJA)- The Independent National Electoral Commission (INEC) has said reform of the nation’s electoral process cannot achieve its desired results without the “effective sanctions” of violators.

Mahmood Yakubu, chairman of INEC, said this on Tuesday at a public hearing organised by the house of representatives committee on electoral matters for a bill to establish the National Electoral Offences Commission.

“The bill for an act to establish the National Electoral Offences Commission is critical legislation. It has been part of all national conversations on constitutional and electoral reforms for the last 13 years,” he said.

“It is clear that the reform of our electoral process cannot be complete without effective sanctions on violators of our laws. At present, INEC is saddled with the responsibility of prosecuting electoral offenders under the Electoral Act. This has been very challenging for the commission. For instance, since the 2015 general election, 125 cases of electoral offences were filed in various courts out of which 60 convictions have been secured so far, including the most recent one in Akwa Ibom state.

“The commission would like to see more successful prosecution of offenders, not just ballot box snatchers, falsifiers of election results and vote buyers at polling units but most importantly, their sponsors. We look forward to the day when highly placed sponsors of thuggery, including high-profile figures that seek to benefit from these violations, are arrested and prosecuted. We believe the work of the proposed commission will help in this regard.

“However, much as the commission would like to see more successful prosecution of offenders, our effort is hampered by obvious constraints.”

“However, the commission’s incapacity to arrest offenders or conduct the investigation that leads to the successful prosecution of especially the high-profile offenders led to the suggestion to unbundle the commission and assign some of its extensive responsibilities to other agencies as recommended by the Uwais and Nnamani Committees,” he said.

“For those who argue that the solution does not lie in expanding the federal bureaucracy by creating a new commission, we believe that the National Electoral Offences Commission should be seen as an exception. While there are other security agencies that deal with economic and financial crimes, I am yet to hear anyone who, in good conscience, thinks that it is unnecessary to have established anti-corruption agencies.”

Yakubu said clause 33 (1) of the bill which confers jurisdiction on federal, state and FCT high courts to try offenders should be reviewed because “these courts are already over-burdened”.

“The second is clause 44 which empowers the Attorney-General of the federation to make rules or regulations for the commission – conferring additional power to any other body may cause friction or conflict with the commission which should be independent in the discharge of its functions even if doing so requires a consequential amendment to other laws of the Federation to empower the Commission and guarantee its independence,” he added.

The bill, which has 48 clauses, passed the second reading at the lower legislative chamber in June.