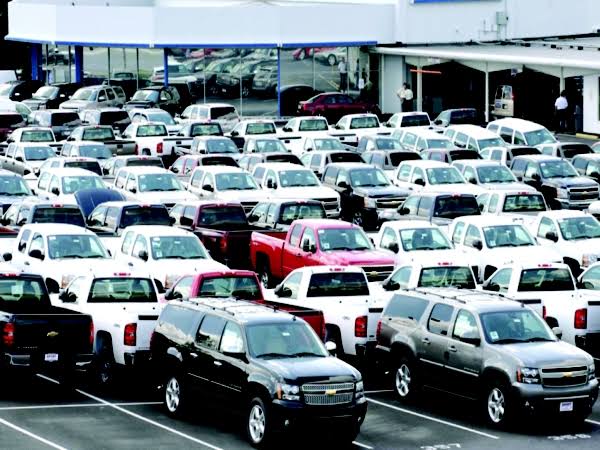 LAGOS, Nigeria ( VOICE Of NAIJA)- Since the introduction of Vehicles Identification Number system for the valuation of imported vehicles by the Nigerian government, importation of vehicles have been riddled with controversies which made vehicles almost inaccessible to ordinary Nigerians

The Nigeria Customs Service (NCS) had in January 2022 introduced a new valuation system known as the Vehicle Identification Number (VIN) valuation system used for allocating standard values to all vehicles coming into the country.

The system, according to Customs, automatically determines the value of import duty that an importer is expected to pay on any imported car immediately after the vehicle is passed through a dedicated scanning machine.

Similarly, the Service also outlawed the importation of vehicles above 15 years old, insisting that such vehicles are overage and prohibited from coming into the country.

Kayode Farinto, the acting president of Nigerian clearing Agents association (ANLCA), said that they now pay as high as ₦1million to clear overaged imported vehicles. He revealed that the federal government mandates agents to pay the same customs duty on vehicles older than 12 years. This simply means that imported used cars that are over 15 years are cleared with a similar amount to that of newer models. The resultant effect of this policy is the fact that clearing agents now pay up to ₦1million Customs duty on a 15years old vehicle.

He said, “When the Customs’ VIN was being conceptualised, I was one of those that asked that we have a pilot scheme. But my advice was not heeded by the Customs, which went ahead to begin full implementation. Now, there are some categories of vehicles that have not been captured under the VIN Valuation policy.

Reacting to the rising cost of used vehicles, the President of United Berger Automobile Dealers Association in Lagos, Chief Metche Nnadiekwe, alleged that there is a calculated attempt to prevent those in the middle class from owning vehicles.

Nnadiekwe called on the federal government to urgently review the new policies on importation of used vehicles to protect the business of importers.

“I think there is a calculated attempt to black out the middle class from owning a car of their own in this country, otherwise a car that is supposed to be cleared with N600,000 is now cleared with N2.5 million and if there is delay, you will still have to pay for demurrage.

“With the demurrage you are clearing the vehicle with about N2.6 million. When you now add the vehicle cost, who will buy it, where would the middle class get the money? Before you sell a car now, it will take weeks, because you won’t see anybody coming to buy,” he said.

An auto dealer, Ademola Lukman, said Nigerians are already drifting from buyers of used vehicles to buyers of accidented vehicles.

He disclosed that many motor dealers in Nigeria now buy and repair accidented vehicles, which is a little bit cheaper than the non-accidented foreign used cars.

He urged the NCS to review the ban on ‘overage’ vehicles so as to allow more Nigerians the opportunity to own vehicles.

Responding, the National Public Relations Officer of the Service, DC Timi Bomodi, explained that customs duty is to implement Federal Extant Laws and that those behind the cry should channel the campaign to the government.

Bomodi said: “The new law pegged the age of used vehicle that is allowed into the country at 10 years. Anyone above 10 years would be seized out rightly.

“The importers requested that certain customs operations be automated and cannot turn around to now say a different thing.”