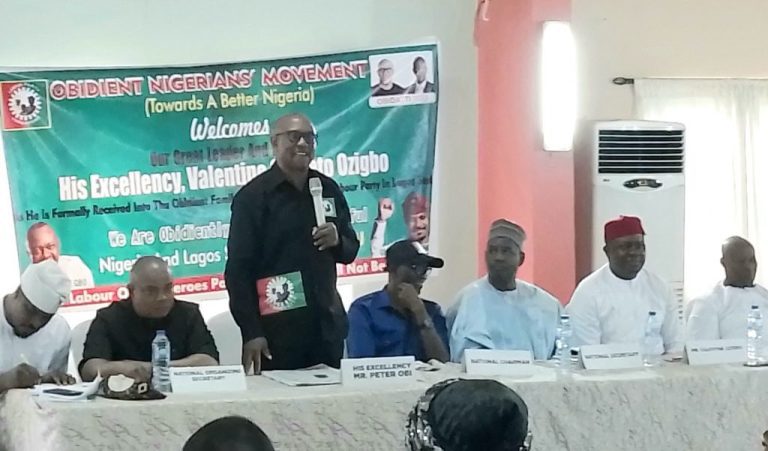 IBADAN, Nigeria (VOICE OF NAIJA)- Former Peoples Democratic Party (PDP) chieftain, Valentine Ozigbo has been officially received into the Labour Party (LP) ahead of the 2023 election, on Tuesday.

The event, which was held in Lagos, was witnessed by the Labour Party’s presidential candidate, Peter Obi.

In his remarks, the former President of Transcorp stated that he found “peace and love” in Labour Party.

“There’s no way His Excellency Peter Obi will be on the ballot and I’ll be somewhere else. I’m now an Obidient.

“I have never heard of or seen Nigeria youths speak with one voice to say enough is enough and support a candidate.”

Ozigbo said like the late legendary Nnamdi Azikwe, Ahmadu Bello, and Obafemi Awolowo, history will record Obi “as a man who changed Nigeria”.

“I’m proud to be a member of LP. With or without me, His Excellency will win the elections in Anambra and all states.

“So, we have joined him and the party to ensure that the expected victory goes up from 99 to 100 per cent”, he added.

Ozigbo vowed to mobilize more citizens, and pull contacts and resources to ensure that Obi, a former Anambra governor, floors his opponents next year.