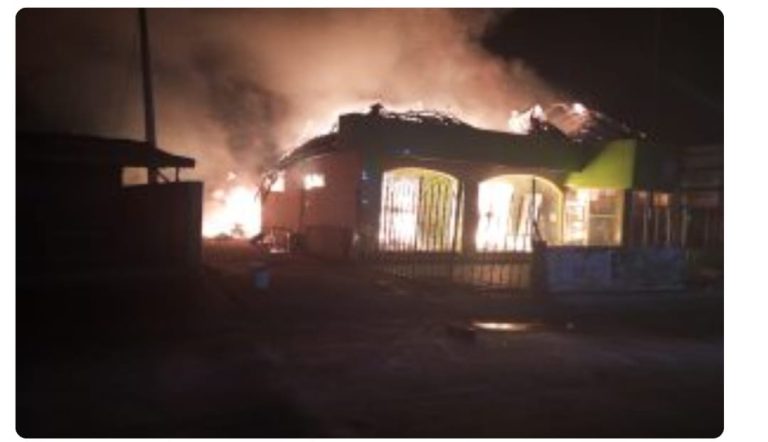 He said the station got wind of the Yemoral oil and gas filling fire incident along Ajara, Badagry in Lagos at about 8:55 pm, on Monday.

Husu said they got to the filling station about ten minutes later and commenced efforts to put out the fire.

“By our findings, we were told that the driver of the car had already bought petrol into his car.

“When he started the engine, it exploded; but there were no casualties before and after the incident.

“The officials of the fire brigade were able to put off the fire at about 12:55a.m,” he said.

However, one of the station attendants, reliably told the News Agency of Nigeria (NAN) in Badagry that the fire was ignited by a spark from a cell phone when a motorist picked up his call while buying petrol into a container.

“One of the neighbors who was assisting to pack glasses and another from the station sustained injury due to sharp cuts from the office glasses.

“He was rushed to Harmony Hospital along Itoga road, Badagry, where he received treatment on the cut, which wasn’t as a result of the fire,” he said.