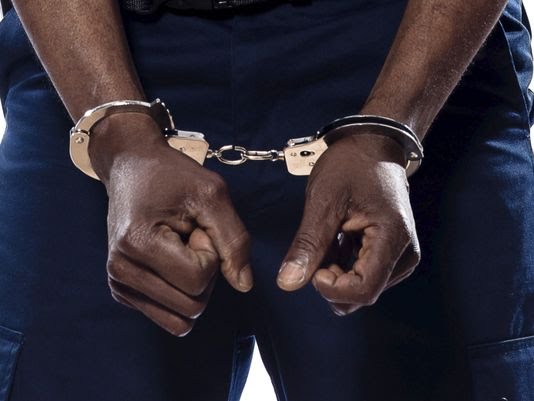 Enuneku, who hails from Ndokwa Local Government Area of Delta State, was also arrested for being in possession of a large amount of a substance suspected to be Indian hemp.

This was disclosed by the Police Public Relations Officer, Mr. Odiko Macedon, in a statement made available to newsmen yesterday in Uyo.

He stated that the suspect was arrested on 28 June, 2022 in Uyo while attempting to use his fake Assistant Superintendent of Police (ASP) Identity card to prevent the arrest of a wanted criminal.

MacDon added also that the suspect uses the fake ID card to pass through check points freely while transporting Indian hemp and other prohibited items to the State.

“He urged them to be civil to members of the public and eschew every form of corruption in line with the directives of the IGP while having greater respect for the fundamental human rights of the people.

‘Among those decorated were the Personal Assistance (PA) to the Commissioner of Police, SP Maximus Oloto and the Officer in-charge of Training, SP Joy Mezu. On the other hand, the CP has warned impersonators of Police and other Agencies to desist forthwith or have the Police to contend with.

”The CP gave the warning after personnel of Anti-cultism Squad of the Command arrested one Vincent Sampson Enuneku, (43) from Ndokwa Local Government Area of Delta State for impersonation and being in possession of large substance, suspected to be Indian hemp.

“The suspect was arrested on the 28th of June, 2022 in Uyo while attempting to use his fake Assistant Superintendent of Police (ASP) ID card to prevent the arrest of a wanted criminal.

“Investigation revealed that the suspect uses the ID card to pass through check points freely while transporting Indian hemp and other prohibited items to Akwa Ibom State.

”He is also good at using the ID card to extort and harass innocent Members of the Public, thereby bringing the image of the Force to disrepute. Exhibits recovered from the suspect include fake Police ID Card and a large quantity of Indian hemp.”