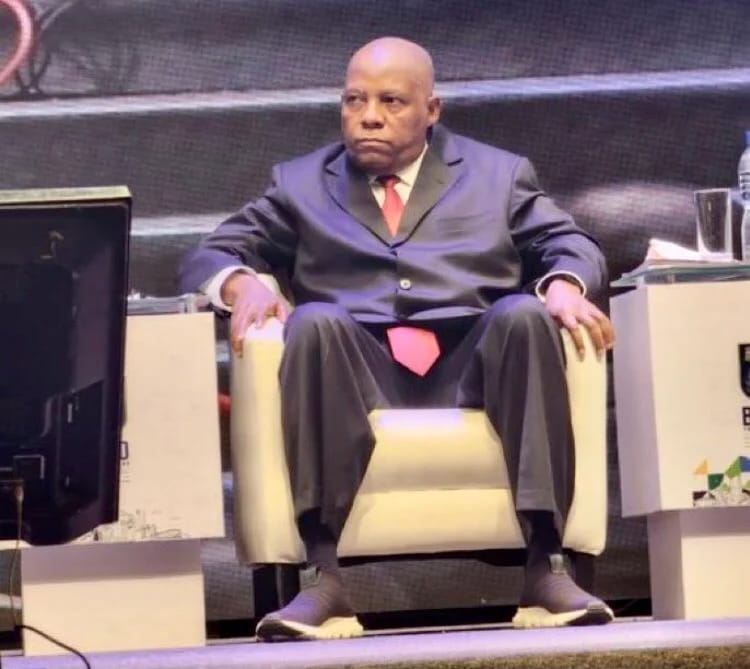 IBADAN, Nigeria (VOICE Of NAIJA)- A former presidential aide, Reno Omokri, has knocked the vice presidential candidate of the All Progressive Congress, Kashim Shettima, over his dressing to the Nigeria Bar Association Conference in Lagos State.

The event, held on Monday, was graced by the presidential candidates of the Peoples Democratic Party, the Labour Party, Atiku Abubakar and Peter Obi, respectively.

Kashim Shettima, who represented the presidential candidate of the All Progressive Congress, Bola Tinubu, was dressed in a suit and tie, accompanied by a pair of gym shoes.

His dressing has stirred reactions from social media users including Reno Omokri.

Sharing a picture of Shettima at the event on his Twitter page, Omokri wrote, “This is Tinubu’s running mate at the NBA Conference today. Look at his feet. Who in his right mind wears a suit and tie and then puts on a pair of gym shoes to a conference?

“If Shettima does not know how to dress himself, how can he address Nigeria’s challenges?”

“Who gave Shettima the coat? It looks like those times our parents gave us Christmas clothes and said, ‘don’t worry, it will fit you’,” @_weyimi tweeted.

@VictorIsrael_ said, “Shettima is dressing like something that’s running away from Boko haram. What’s this?”

@general_Oluchi said, “Shettima should have worn agbada; an outfit he feels more comfortable in.”

A tweep, @push_move, weighed in and said, “He is dressed for combat sir. After the conference, he is entering the bush.”

Another tweep, @itzz_blitz1, said, “Someone said Shettima must have changed his clothes in a car booth just like the fake bishops did.”