(OPINION) Why Jibril Danbarde Got It All Wrong 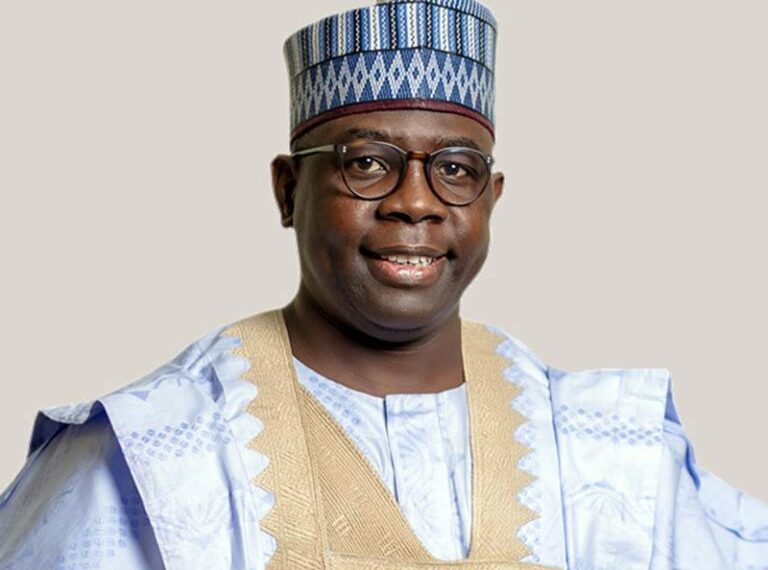 Normally, an interview on prime time television is a golden chance for a politician or candidate to reel out his party manifesto or plan of action if and when elected into office thus decisively connecting with the electorate on whose votes he is counting on to emerge victorious at the end.

But Jibril Danbarde, the governorship candidate of the Peoples Democratic Party’s (PDP) performance during his interview sessions on Channels and other TV stations were the exact opposite of what was expected as he went into a rambling, incoherent and abusive spree, attacking the person and administration of Governor lnuwa Yahaya at every turn and brandishing improbable figures and statistics that have no bearing with reason or reality.

Rather than telling the audience what he has in store for the people if elected ( a nearly impossible scenario), Danbarde went on to accuse  the Gombe government of owing over N400 billion, a fantastic figure that even the presenters themselves disputed and educated him that DMO’s report estimated Gombe’s debt at around N70 billion.

Where the PDP candidate got his mind boggling figure is anyone’s guess but it is in keeping with his party’s penchant for rampant falsehood, disinformation and crass propaganda all meant to hoodwink and obfuscate the electorate.

Don’t forget that during the build up to 2015 and 2019 gubernatorial elections, the PDP henchmen  called candidate Inuwa Yahaya all sorts of names and labelled all manner of false and baseless accusations  to turn the electorate against him, a misinformation campaign that fell like a pack of cards in the 2019 polls when a resurgent Alhaji Inuwa Yahaya thrashed the PDP candidate by a resounding landslide that sent shockwaves throughout the political landscape of the state and beyond.

The plain truth is that Jibril Danbarde has no point to raise against the sterling performance of Governor lnuwa Yahaya in all sectors of Gombe State economy; is it the rapid construction of the multi-billion naira Muhammadu Buhari lndustrial Park or the revolutionary Network Eleven Hundred Roads Project now constructing over 400km of roads and counting, the environmental revolution through the Gombe Goes Green (3G) 4-million tree-planting project that has engaged thousands of youths, the BESDA Back to School Program that has mopped up over 400,000 out of school children from the streets to the classrooms?

The initiation of over 1,000 capital projects in the education sector and 230 projects in the health sector, the upgrading of Gombe Specialist Hospital to world class status, the rehabilitation and upgrading primary health care facilities in the 114 wards of the state, the construction of a brand new General Hospital in Kumo, Akko LGA, the ongoing upgrade of the Bajoga and Kaltungo General Hospitals, the provision of subsidized fertilizers to thousands of farmers across the state?

The At Risk Children Program that has employed over 1,000 youths, the GO-Health affordable health care scheme, the GO-CARES  Covid -19 empowerment programme to ensure financial relief from economic distress caused by the pandemic, the DEVAGOM 10 year development plan, the rating of Gombe State as No 1 in the Ease of Doing Business Ranking by the blue chip National Economic Council,the GO-STEC Program that has created over 2,000 jobs for the teeming youths?

The Community Policing Initiative that has synergized security co-operation and co-ordination among the regular security agencies and the vigilantes and local hunters, the distribution of 2,000 Keke Napep tricycles to Keke Riders drawn from the eleven local governments of the state, the engagement of another 3,000 youths as development facilitators deployed to work for the progress of their various communities?

The employment of 1,000 fresh teachers and the transfer of another 288 teachers to secondary schools and technical colleges under the SUBEB program, the ongoing training of over 20,00 youths in numerous vocational occupations, the strategic partnership with the Qatar Charity Foundation that has executed hundreds of projects in the state including 140 water boreholes, the ranking of Gombe State as the Safest State in Nigeria by Statiscense, a security data analysis company, the selection of Governor lnuwa Yahaya as Governor of the Year 2021 and Outstanding Governor of the Year  2021 by the Leadership and Vanguard Newspapers respectively?; the list is endless.

It is clear from the foregoing that Governor lnuwa Yahaya deserves and will receive a resounding mandate for a second term from the grateful Gombe populace as he has performed far and above expectations no matter how a desperate and incoherent Jibril Danbarde continues to mutter and sputter on prime time television.

The esteemed Dan Majen Gombe’s fast moving train has since left the station leaving the PDP stranded, confused and clueless with no bearing or direction.